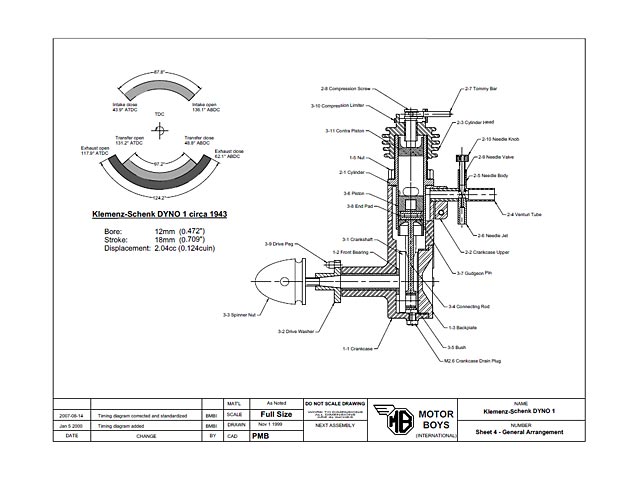 The Dyno 2.04 diesel was commercially produced in Switzerland from 1941 through 1944. Other compression ignition engines appeared, also in Switzerland, before WWII, but enjoyed less success and fewer sales. The Dyno achieved the success in Europe that the Brown Junior enjoyed in the USA. Far fewer Dynos were produced, thus they are rare.

Before the Dyno there was another diesel engine in Switzerland, the Etha 8.25 cc, produced probably in 1937 and 1938. The Etha is considered to be the first commercially produced diesel engine. It was sold in a model shop in Zurich along with the Dyno. The Etha was very heavy, vibrated, and was difficult to start. On the other hand, the Dyno was (for that time) light, easy to start, and ran smoothly. Thus it was a commercial success, but the Etha was not. The Dyno was so successful, that it influenced model diesel engines designs for about 20 years. The Deezil (oz13712) shown elsewhere in this book has unmistakable Dyno characteristics.

Early in WW2, Jim Noonan, a modeler from Wisconsin, was called into the Army. When he left, he took some of his favorite engines with him as a 'little bit of home.' Jim was in the Italian campaign that made its way from Africa up through Italy. Jim reached Rome and was granted a few days leave. He looked up the local model shop, made friends with some Italian modelers, and conducted a swap meet. He traded an American Atom for a used Dyno. He brought this Dyno home after the war along with some other European diesels. He became a diesel advocate and introduced many Americans to diesel engines by publishing pictures and descriptions of his engines. They appeared in Bill Winter's 'Aircraft Plan Book' Winter Edition, which is believed to have been printed in 1946.

The Dyno pictured above is the engine that Jim brought back from Italy. Lightly scribed on the rear is 'Rome 1944'. It is easy to start and is a strong runner.

Ron Chernich produced the Dyno drawings from earlier drawings by others and from descriptions provided by Dyno owners. The drawings are considered to be an accurate representation of the original Dyno." 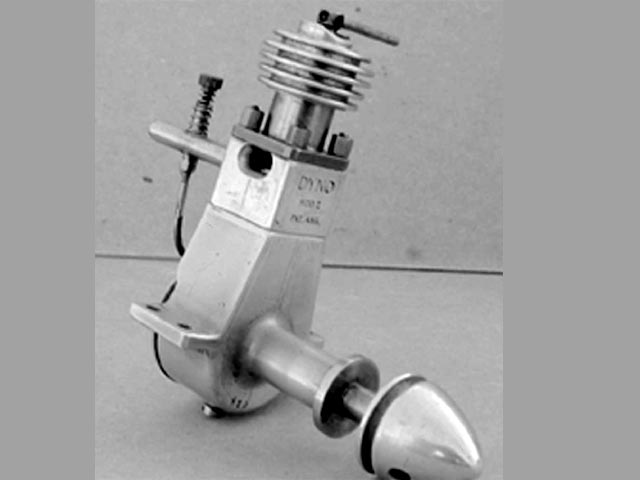