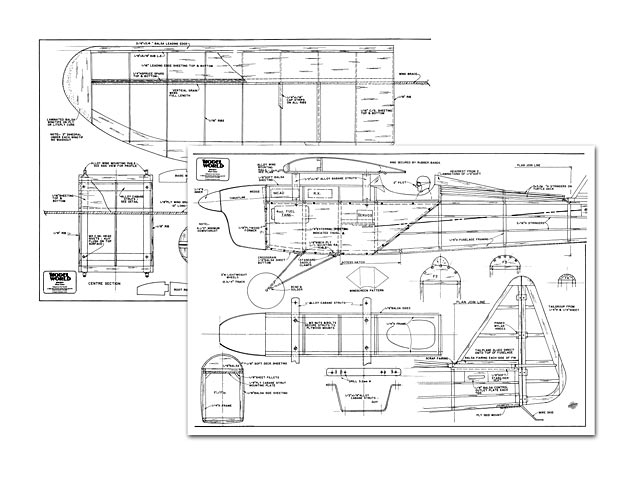 Quote: "I have been a fan for Ken Willard designs for as long as I can remember. Back in the 1980's I came across a small, approx 100mm x 25mm drawing in a monthly newsletter from the Auckland Model Aero Club in New Zealand where I was a member at the time. That small basic drawing took my fancy and I saved it in order to later produce a 3-function r/c sport model based on that design. Much water under the bridge, marriage and relocation etc, and it was getting on for 20 years before I eventually put pencil to paper to produce my plan. That small [1938] drawing is the same one now published here on Outerzone as [page 1 of] the Cavu (oz1081).

There was no indication on the small drawing of the wing other than mention somewhere of it having elliptical plan. That was easy enough to produce. My model is 60 in span (the original was 42 in) and powered with an OS 25 FSR 2-stroke engine. I elected to go with regular balsa and ply construction methods and the model was covered with plastic film. The cowling was produced using lightweight glass-cloth over a simple urethane foam plug. If I was to do this cowling again I would use the easier and neater method involving several layers of nylon stocking over the foam plug.

The completed model weighed in at 3lb 5oz (1502 gms). The OS 25 provided ample power and overall performance was a delight. It could loop, both inside and outside, and roll from straight flight and level and also easily maintain inverted flight. All in all, a surprisingly agile and fun flying sport model, much more than I expected from this rather sedate looking 1938 vintage design. It could easily handle a smaller engine, or conversion to electric power if desired.

This design was published as a free plan with full construction article in the now defunct RCMW magazine in April 2007. By the time RCMW decided to publish the plan, I had already parted with the original prototype model and so required to build another in order to obtain the sundry construction photos. Both models shared the same agile performance." 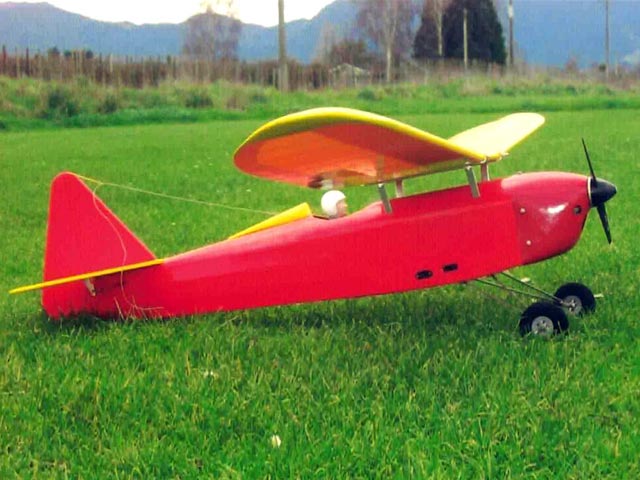