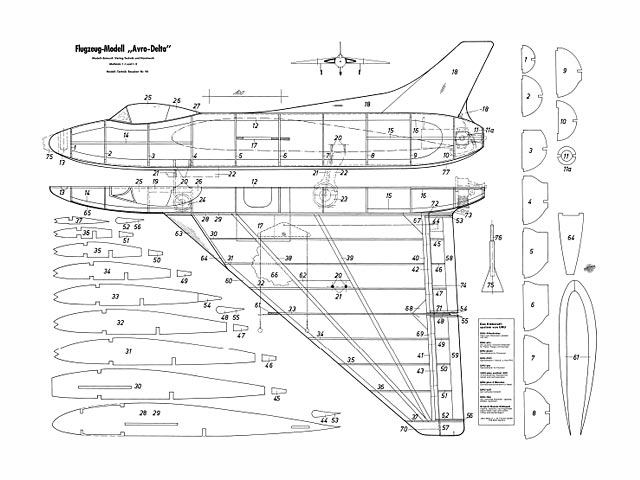 Note the plan shows a CL layout complete with bellcrank, but the model can be used for RC or also free flight. The article also shows a sketch illustration of a ducted fan installation.

Note re ScaleType: the article makes mention of both the Avro 707 and the Vulcan. The main headline illustration is an Avro 707. We have tagged this as scaletype = Avro_707, since we have to pick one of the two. The 707 of course was the experimental program that began the development of the Avro 698 and culminated in the Vulcan. 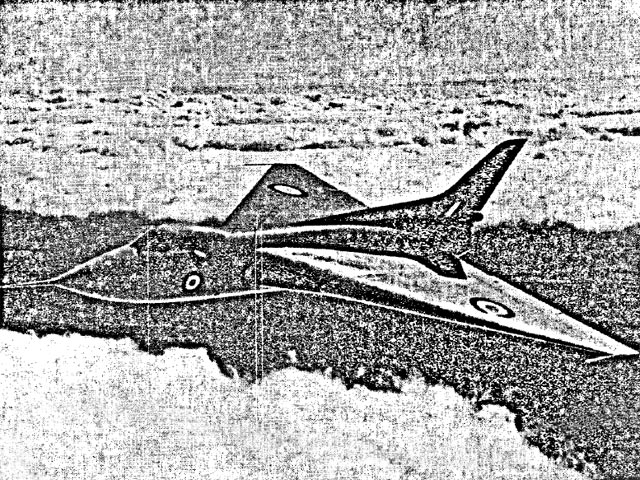