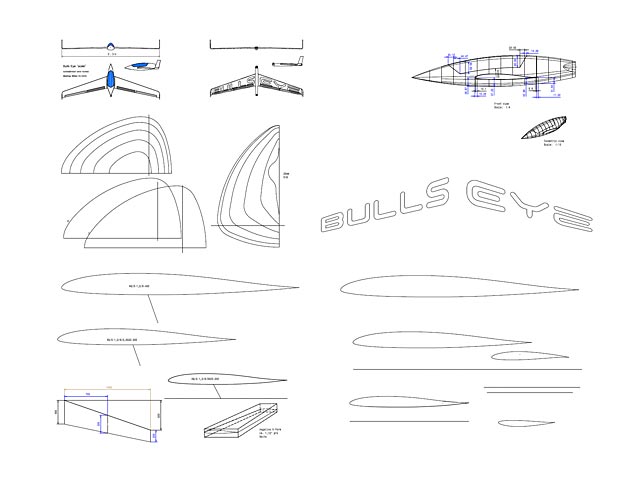 Quote: "Dear Steve, In 2012 I started with a 3.3m wing especially for FPV and the project went over 5-6 years in total. After a rough positive build prototype with very good flight results I planned a complete moulded version for the FPV-Wing. It should carry 2x 5000mAh for long endurance flights and I made Experiments with a Pixhawk, but with this Flight control I never was satisfied, it was all in the very beginning, so in the End I sold that plane to Satsepp who really modified it inside and flew it for years now, he is really satisfied with it, see video at: https://www.youtube.com/watch?v=oxjMGrJ2mMs

As I was not so deep in the flight control stuff and the wing performed that good, I decided to build a scale version of the wing, how would such a plane look if it was made for single person flying. After some design studies, including ones with wheels and retract, I reduced everything to the necessary for gliding including the Reisenauer Peggy Pepper 2524 with 4100 KV at 2x 5000mAh 4s with gear 1:5 driving a 16x16 slim blade.

This aircraft had a different fuselage, but the rest was all carry over and the fuselage seems to work with the wings even better than the tiny FPV Version. The span increases a bit due the fuselage is very wide.

After lots of good flights I built in the cockpit so it came up to a real scale-like version. I love this airplane, it is so different from all others but flies so well. I visited some meetings with this plane and people were always enthusiastic when they saw it flying.

There was a group of 2 or 3 in Recklinghausen that scheduled to build a few of these, one with an electric Impeller. There’s a thread at RC Network, where they talked about it. Also the build thread is completely written down at FPV-Treff.de over the years with all up and downs during development.

After the cockpit was inserted I found out that the wing was little too heavy for excellent performance so I reduced to a 5000er and a 3000er 4s. So you could go slower and have no issues in circling in thermals.

After all this was done and I built 3 wings in total I came up with a version that was made for mountain flying, the Version MK III was born. It should look very special so I produced it with the shilouette of Cologne on the wings. Where in the beginning I scheduled with a small Reisenauer 2221 in the back I rescheduled as a glider and it makes wonderful flights at our local mountain.

2 things to keep in mind:
The wing joiner should be from Carbon fiber, just glass will not be stiff enough.
The weight should not be more than 4 kilogram to have very good performance

FPV Bulls Eye on a meeting in Heidelberg followed by Benny:
https://www.youtube.com/watch?v=85RWIN8WJgI

Layers of Carbon for the wing:
https://www.youtube.com/watch?v=kLKQ9RGFTrQ 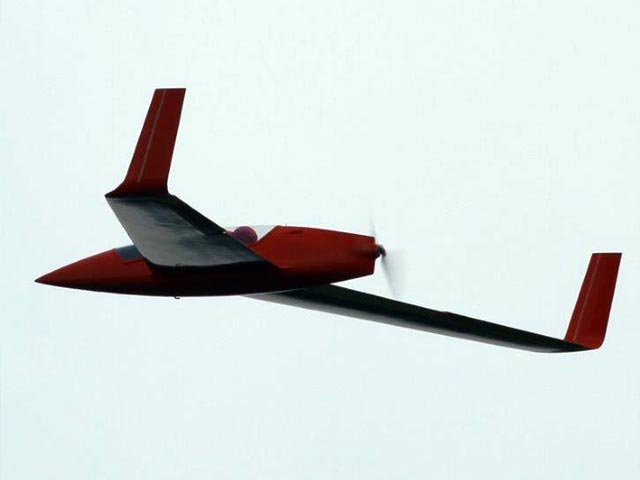 Matzito, your designs and construction ability continuously astound me!
Jan Novick - 02/01/2022
Interesting and attractive design. No washout? Is the nose radius legal for competition?
LR - 03/01/2022
Very, very good design, and fantastic workmanship, those moulds are a sight in themselves!
Miguel - 03/01/2022
Thanks for the good feedback.
Washout is from 50%of wingspan to 100% not that much but for slow speed the ailerons are offset fee mm up this prevent flutter at high speed and gives enough ps stability. Design idea is in support with Dr Quabeck. A wise Aerodynamic! This works perfectly as I exerienced.
Dont know about nose radius regulations but u can check the plans. But the scale fuselage has the best aerodynamic performance may be beCause it increases the span a few inches or due to the nose is the one that influences the centrum of the lift in minimum way compared to fpv fuselage and Mark iii fuselage !?!?
Matzito
Matthias - 05/01/2022
Add a comment