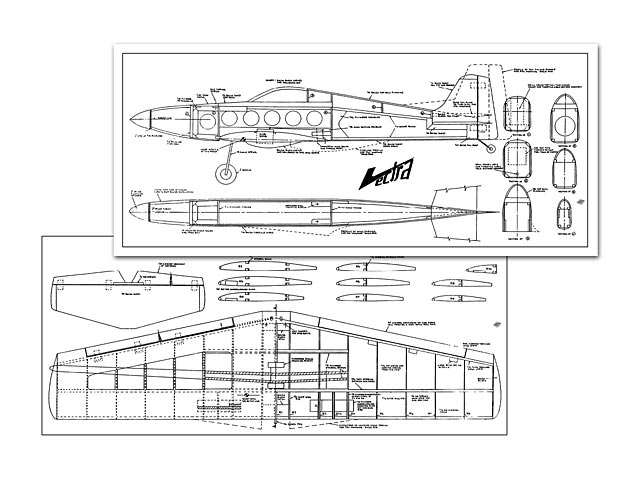 Quote: "Faced with a GCSE Design Technology assignment, Philip Clark turned to his hobby of aeromodelling to look for a suitable subject. The answer to his problem arrived in the shape of [Vectra', a 45 inch span sports model for .40 size engines and four function radio. Philip extended his design three times, improving the model each time and there are still possibilities for those who would like a good, well tried model to experiment further with.

At the time that I first thought of Vectra, I had being flying RC model aircraft for just over four years. I had been introduced to the hobby by one of my friends, and it was not long before I was keen to build and fly a model of my own design.

My first model was a Tyro Major (oz10859) which proved to be a rugged and successful training aircraft. Having mastered the basic skills of flying I progressed on to fly a Galaxy Models Gazelle. With this model I was able to learn and master the basic aerobatic manoeuvres, but then found that the model had its limitations. It became clear that if I was going to improve my skills further I would need a more advanced model.

On a visit to Cranfield I saw Barry Lever demonstrating his Warrior 40 and I decided that this was the way forward for me. The model was duly completed with an Enya 45 installed. It proved to be a very stable and manoeuverable aircraft to fly - an ideal first low wing model. Having become accustomed to flying the Warrior, I decided that a little more power would be useful if I was going to widen my range of flying skills. Having looked at other engines I decided the cheapest and quickest way to gain more power was to fit a tuned pipe to my existing engine. Performance was certainly improved and I continued to fly the Warrior successfully for some time.

The next development came when one or two pylon racing machines appeared at my club's flying site. At the same time I was due to begin a GCSE course in CDT Design Technology at Comberton Village College, Cambridge. By this time I felt I had learned enough about aircraft design and construction to attempt to design and build my own model. I decided to research the Sport 40 aspect of R/C modelling and I spent some time reading about and investigating the subect. I was eventually able to develop a specification which I felt would suit my needs. I then began to draw some design ideas of my own, and after considerable thought and development I was able to produce working drawings of my final design.

The construction of the model is straight forward to anyone with some modelling experience.

Wing Construction: Mark out all ribs Carefully cut out all ribs. Add 1/16 ply doublers as shown on the plan. Jig up one wing panel with top and bottom main spars. The bottom spar should be packed up at the tip to allow for a taper in wing thickness. Add leading and tailing edges and sub spars. A staight edge should be placed across the top edges of the spars to ensure correct alignment. Web all spars. Remove from the building board and lightly sand where needed..." 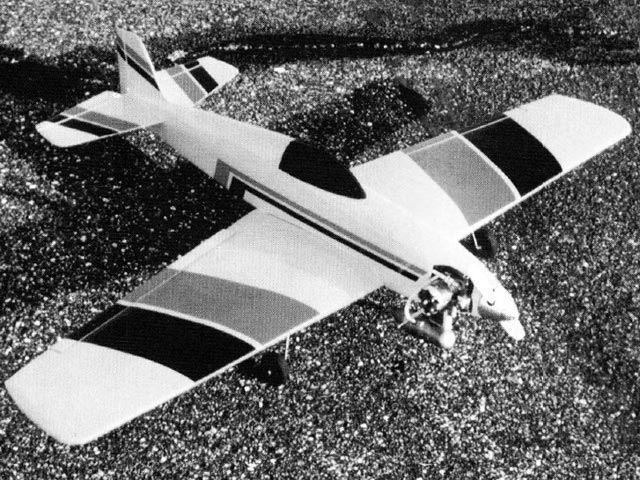