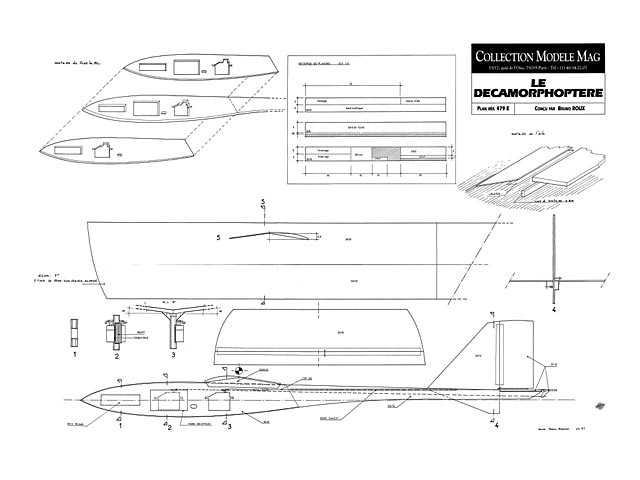 Quote (google-translated from the French): "A glider in 10 pieces! Decamorphoptere, by Bruno Roux.

The difficulty in building a flying model is not to do, it is to do otherwise. To distinguish yourself, you can break records: the biggest, the most microscopic, the fastest, the thinnest, the scratchiest, the most je ne sais quoi... Taking logic the wrong way, I decided to make the flying model the least something. Why not the least complicated possible?

The objective set by myself, and which was therefore very difficult to achieve, was to use no more than three balsa boards and twenty pieces of structure. The result largely satisfied the constraints imposed by this impressive specification, since the prototype was only made up of ten pieces. Hence its name Decamorphoptere.

The construction of this mini glider (with cyano) takes about half an hour, the finishing the same thing, and the installation of the radio as always. In fact the longest is to go and buy the balsa (one 50/10 board and two 20/10). The plan and the photos must suffice to understand the whole, which both opens and dots the chapter on construction.

The flight is rather funny: loaded at 20 g/dm2, the Decamorphoptere, armed with its Jedelsky profile, moves gracefully at a ridiculous speed. Obviously he only accepts very calm weather, like a little breeze facing the slope. Landing is easy and safe as there is absolutely nothing to break. That's it! The least complicated model deserved the shortest article of the year. Good flights." 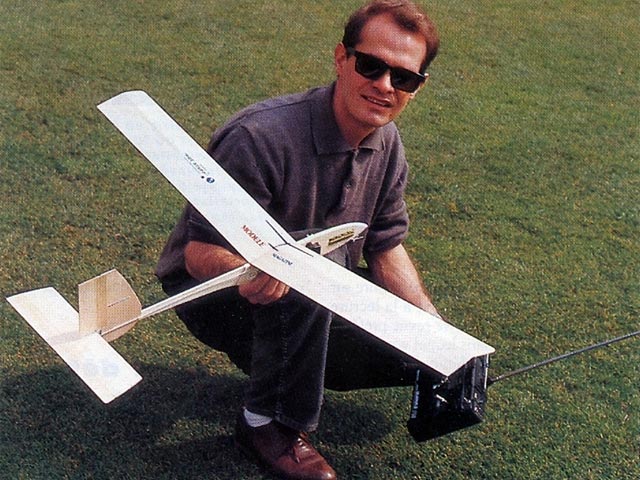