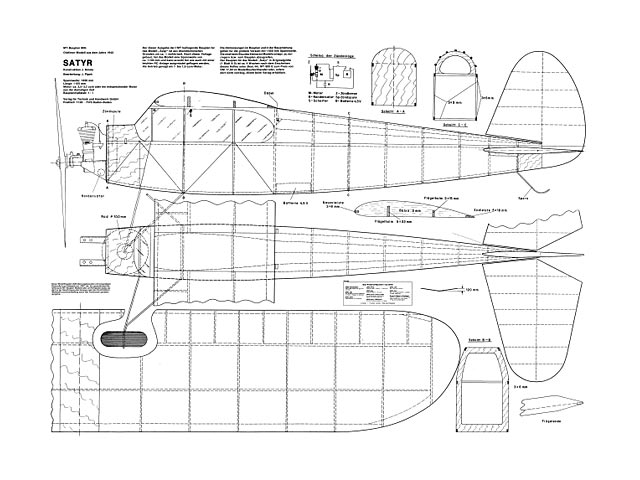 The 'oldies' are 'in'. And anyone who sees an old Bugatti or Benz, or maybe even comes across a Tiger Moth somewhere on the airfield, also knows that it is not just a passing wave of nostalgia that makes the oldies so much admired. The attention to detail, in the elaboration of which it was not the effort, but the aesthetics and the long service life that were decisive - these are the attributes that still arouse trust today and that are still perfectly and well thought out Technology often missed these days. While you have to pay five-digit sums for a Bugatti today - and flying a Tiger Moth is reserved for only a few - you can become a classic car owner quickly and cheaply as a model pilot.

As the old-timer movement has already established itself overseas and also in neighboring countries (see also the short report in FMT 3/78 on the SAM society), in this country you are in a good position: You can still get started! For those who would like to have a model that they don't have to look far for on the pitch (because it is so similar to the others), we have selected the replica of the Satyr model. To explain: The old-timer models are not replicas of old airplanes, but replicas of old models. An attempt is made to retain the construction as precisely as possible. The perfectionists also strive for the original motorization and, if available at the time, corresponding RC systems.

The model Satyr presented here dates from 1942. It was designed by Jiri Smola, the editor-in-chief of the Czech model building magazine 'Modelar', who died just a few months ago. FMT employee J Pipek built the model according to the original blueprint. His model is powered by a gasoline engine with electric ignition, an engine that was built around 1947 (Letna, 6.3 cc). Alternatively, the model is equipped with the Alko engine, 7.5 ccm, built in 1942. This engine also runs on petrol and the ignition is electric. The spark plug is branded 'Flieger'. The original model was of course free-flying. Because of the valuable motors, the replica was equipped with an RC system that controls the rudder and elevator. (Both are designed as pendulum rudders.) But now to the construction of the replica Satyr.

Construction: When designing the model, the design features and technology of the original were retained. Minor structural changes were planned for the RC system.

The fuselage: It is made up exclusively of 6 x 3 and 3 x 3 mm pine and spruce strips. The side walls are glued together on the construction plan. The plywood frames (2 mm thick, motor frame 6 mm) are then glued in between the finished side walls. The half-ribs made of 2-mm plywood are built into the rear-rounded part of the fuselage. The front part of the fuselage is planked with 0.8 mm plywood. The cabin windows are glazed with 0.3 mm thick celluloid.

The tail unit: The entire tail unit is made of balsa. The spars are made of 5 mm balsa, the ribs are 2 mm thick. The leading edge and trailing edge are made of 12 x 8 or 12 x 5 mm wood sanded accordingly. The tail surfaces have a symmetrical profile, and for control purposes they are designed as pendulum rudders. They rotate around an axis made of 4 mm aluminum wire.

The landing gear: The Chassis legs are soldered together from 3 mm steel wire. The wheels with a diameter of approx 100 mm should be as light as possible.

The wing: The ribs are made of 3 mm, the half ribs of 2 mm balsa. The dimensions of the spar (balsa) can be seen from the construction plan. The leading edge consists of 8 x 3 mm pine. The edge arches are combined in a template from five 3 x 2 mm strips sticks. The center of the surface is planked with 0.8 mm plywood.

The wing is attached to the fuselage with rubber bands. For this purpose, six 6 mm dowels are glued into the body.

Finish: The whole model is covered with medium-thick paper and painted with clear dope. A few trim strips are painted red on the leading edge and on the torso as appropriate. At that time people admired the graceful inner construction of the models, so it should remain visible.

Engine: Of course, the most beautiful thing is an old-timer engine, but it is difficult to get hold of. However, the most modern model engine development is also very well suited to drive such an old-timer - the four-stroke engine. The model should be motorized so that it flies like the original: slowly, majestically at a shallow angle of climb.

You can fly the model practically anywhere. Thanks to its large undercarriage, which is positioned far forward, the Satyr lands cleanly in any terrain. The oldie just doesn't tolerate strong and gusty winds so well. Not because of his rheumatism, but because of his area load is too low, the gusts of wind easily throw him out of balance. 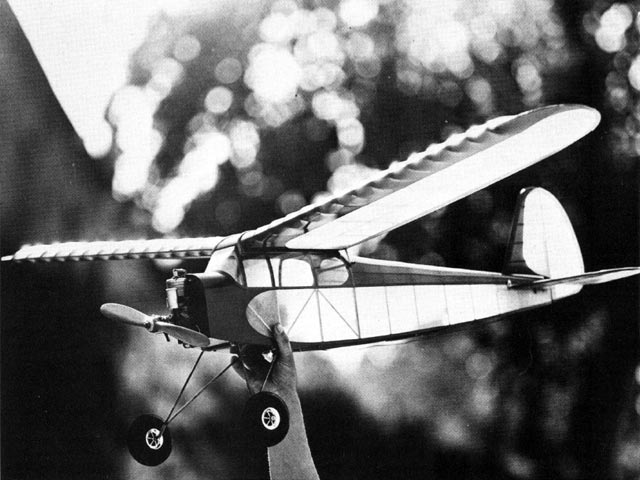