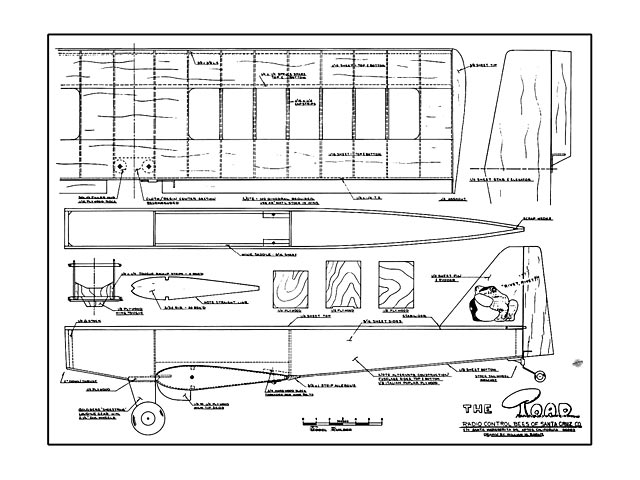 Quote: "A One-Design Pylon Racer. Toad, by the RC Bees.

This may be the answer for the sport flier who wants to compete on an equal equipment level with fellow modeler. The idea of a one-design has been talked about many times. Maybe this is it. Text by the editor from material furnished by Gil Horstman.

The TOAD resulted from the combined designing efforts of Bob Francis and Bill Boone, who were developing a one-design pylon racing airplane for the average club sport flyer, primarily in this case, members of the R/C Bees of Santa Cruz County, California. Bob Francis is a well known manufacturer of fiberglass pylon racing models and the source of Francis Products Finishing Resin. Bill Boone is president of the R/C Bees. Although timing and general design similarities would indicate otherwise, development of the TOAD and Glen Spickler's 'Quicky 500' pretty much took place independently.

Glen's design, featured in AMA's magazine, though as easily constructed and as much of a general purpose airplane as the TOAD, is considerably faster than what the Santa Cruz designers were after. The airfoil is only 11-1/2 percent as compared to about 17-1/4 percent on the TOAD. This airplane came about as the result of the desire to accomplish several goals. First, Gil Horstman, as Sec-Treasurer of the NMPRA, had received many letters, stating concern over the organization's lack of a program to develop new Formula I pilots.

Secondly, Gil, Bob, and Bill were concerned about the speed and handling of a design that any modeler of average experience could build quickly and fly without too much difficulty.

Finally, they wanted a racing event that wasn't another 2-in-1 affair (One race is around the pylons, the other is the equipment race that always develops in the background, and where the all mighty buck is the dominating factor.)

Going back to the first problem, it is fast becoming obvious that quarter midgets, though growing rapidly in popularity, are also beginning to settle into the same specialized rut as Formula I. The building time is nearly equal to Formula I, and it already has its set of 'professional racers' who dominate the win columns..." 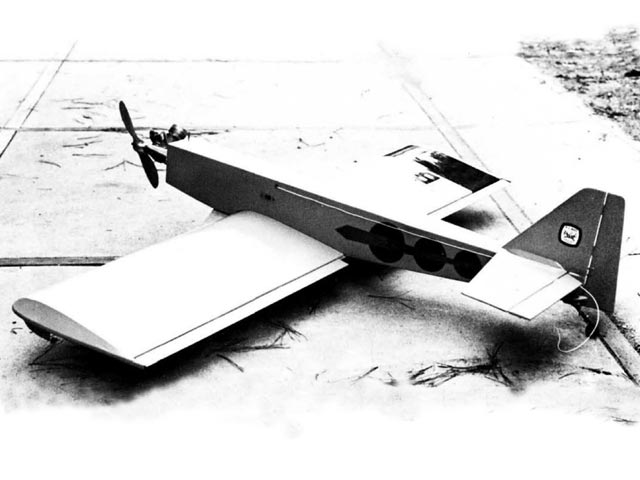