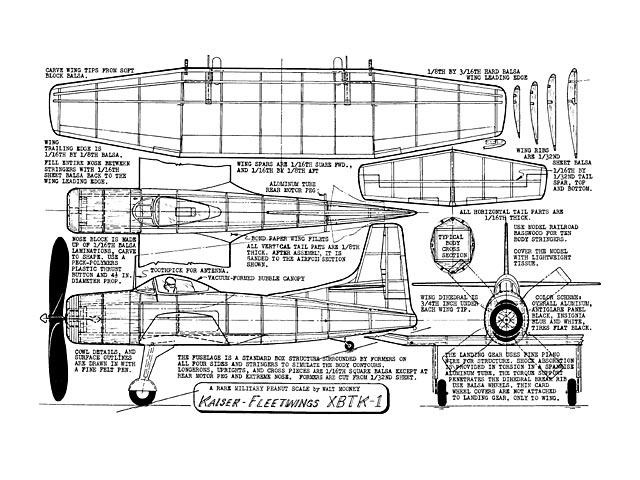 Quote: "Construction of the model follows fairly well-established conventional methods, so except for specific details the structure will be covered relatively briefly.

Perhaps this model of the XBTK-1 will be enough interest to raise thoughts of this nice airplane from somebody associated Air Enthusiast had a three-view and two photos of the XBTK-1 in the Facts By Request section.

This Peanut Scale model was created from the above mentioned source. Two deviations from exact scale are: the horizontal tail size is increased, and the dihedral in the outer panels of the wing is increased. The model in the photos weighs 14 grams with a 3/32nd rubber loop twelve inches long installed. It flies quite well with this size motor indoors.

The model has an eighth of an inch of washout in each of the outer wing panels, the horizontal tail is centered in its mounting slot in the vertical, and the center of gravity is one eighth of an inch forward of the main spar - with these adjustments the model glides nearly straight with the propeller wind milling, if the propeller stops the model glides to the right and flies in left hand circles about 25 feet in diameter under power..." 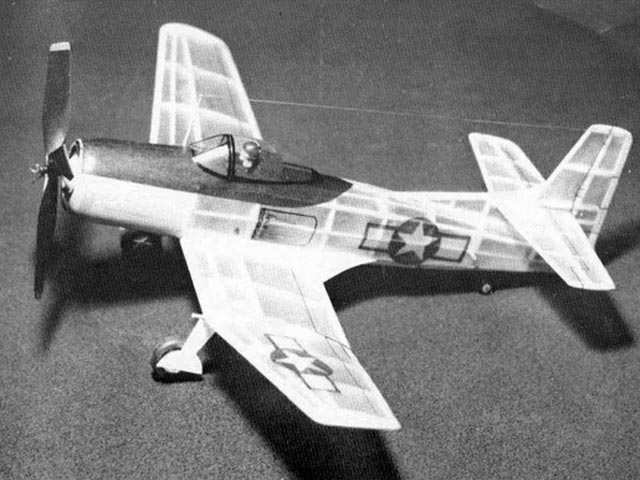