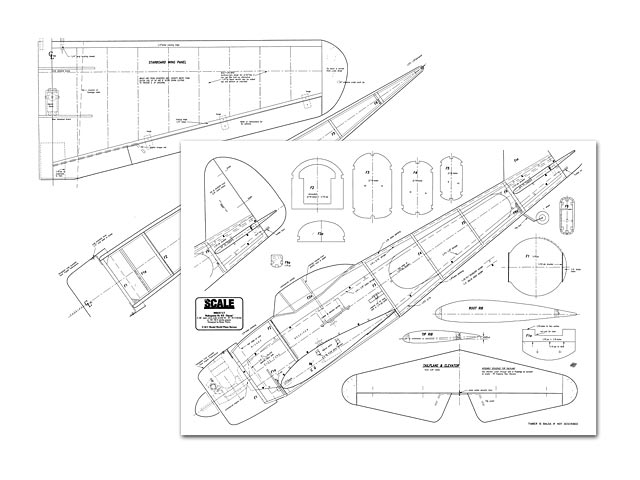 Flying my .40 powered Hellcat at our local site with the editor, he remarked that it would look good with something Japanese chasing it. This got me thinking about a quick build model that we could have some fun with, so I looked through my books when I got home from the flying session. I didn't want a Zero, and was looking for something a little less hackneyed. You don't have to look too far when you're dealing with Japanese WWII types as there are all shapes and sizes and some very exceptional fighters when you start to read the history of these aircraft.

The full-size Oscar aircraft entered service with the Japanese Army in 1941 and was still in operation at the end of the war, by which time it was totally outclassed by allied fighters. In the first year or so of the war the Oscar was a very successful fighting aircraft. Being highly manoeuvrable, allied pilots were told not to get into a turning dogfight with it, but were told instead to dive and zoom. The Oscar was lightly built and some of the early models suffered from wing failure in the dive, and also it could not withstand too much combat damage.

The Oscar had all I was looking for, so I drew it up from a combination of sources. There is no reason why the model could not be enlarged to 60 or 65 inch span, and with the addition of retracts would make a rugged and practical .60 two stroke or .70 four stroke powered model. I wanted something of about the same size as the Hellcat, which could be hand launched and transported in one piece, and flown when my more complicated scale models would be too much trouble.

Fuselage: I always make up a set of fuselage and tail parts first and although it's probably the most boring part of the construction it gets it out the way first and you have all the parts you need to build the model.

First, cut the sides from 1/4 in medium balsa. Cut the doublers from 1/32 ply. Laminate the two together using contact adhesive. I don't have to tell you to make a left and a right hand side, do I? Glue on the 1/8 x 1/4 longerons to the inside of each fuselage side. Next, mark a datum line on each former and mark out and drill F1 for the engine mount, fuel pipes, throttle cable, etc. Fit F1 and F2 to both sides using slow drying epoxy.

Fit the rest of the formers when F1 and F2 are dry. Fit the control snakes and tail wheel former, engine mount and fuel tank. Plank the top and bottom using 1/8 thick balsa. Don't worry about using 1/4 in balsa for the sides as much of it is sanded away to achieve the lovely rounded profile. Similarly, the 1/8 planking gets a good going over with the sanding tools. Although a thinner grade of balsa could be used to save a bit of weight it may be a bit thin in places and the 1/8 is a good combination of strength and weight. Once you've sanded it all to shape you will see just how much material is sanded and planed away.

On the prototype, I kept the linkage enclosed by sliding the tailplane through a slot in the side of the fuselage and hinging the elevators on afterwards. There's no reason why you can't cut a slot in the rear of the fuselage, slide the whole assembly into place and replace the cut out material. You can even take the snake out through the side of the fuselage and have the control horn on one elevator. I prefer to keep things as scale as possible and it keeps the back end tidy too. Next fit the fin and rudder. To save weight you can ignore the rudder servo and linkage and have a fixed rudder. I like co-ordinated rudder and aileron flying but it's not essential.

Wings: I had a pair of foam wings cut by Sid King of Cotswold Models to the templates I supplied him and they were superb in every way and arrive ready veneered. A built up wing would be simple enough to make but you would need to use the sandwich method to produce the extra ribs. I suggest you have ribs at about every 2-1/2 in. I prefer the robustness of foam wings on a model of this size due to the nature of the landings..." 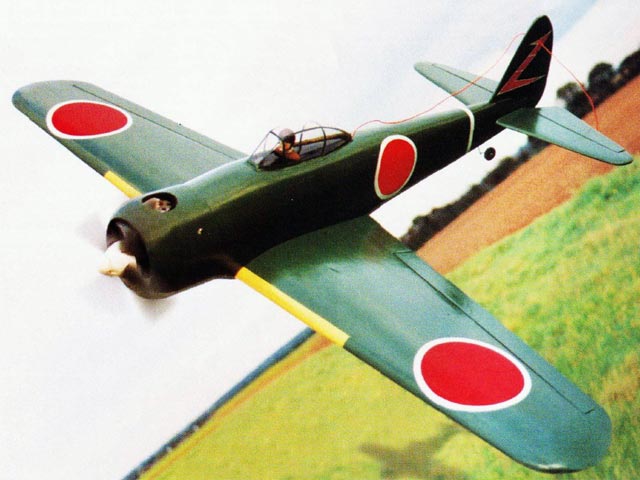