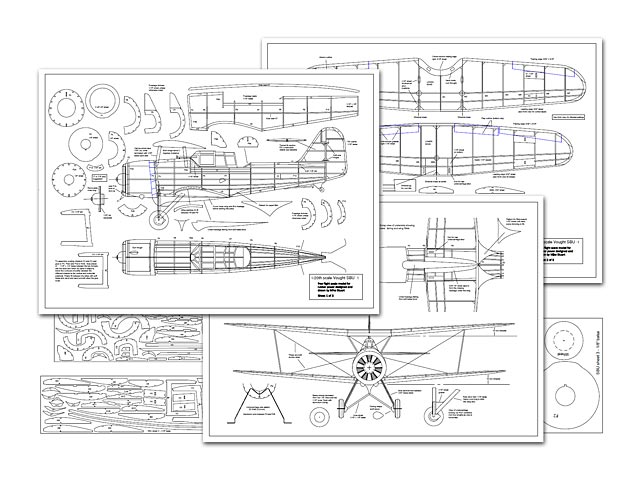 Note this plan is a free download from Mike Stuart's most excellent FF scale site at http://www.ffscale.co.uk/plans27.htm

Quote: "This model was built back in 2013 for the open scale electric class (using a Voodoo 25). I entered it at the Indoor Nats in 2013 and 2014, and both times, after a smooth take-off and climb out, the model smashed head on into the wall. The second time the motor flew out of the model tangling all the wires around the prop and pulling off the battery tag. On getting home, the SBU went straight in the loft where it has sat for the next 6 years.

In 2021 I decided to rescue it and convert it back to rubber power, which only took three days, and added another model to the lockdown fleet of models waiting to be trimmed. At the same time I had a go at sorting out the partially drawn CAD plan I had used to build it. I know the model flies OK, so here is the result. Only the rubber powered version has been drawn up but conversion back to electric would not be complicated. I rather wish I had built in the rear peg anchorage points right from the start just in case they were needed later - it would have saved a certain amount of butchery when I did the conversion to rubber power..." 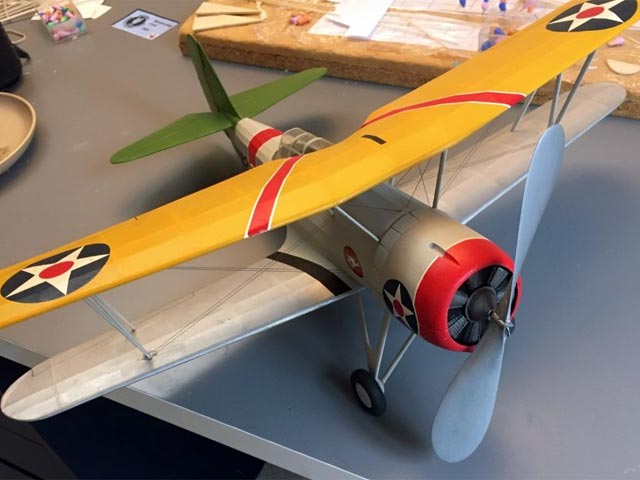 The only gripe I have with Master Stuart is that he is too slow in updating his website. More, sir, more! Please?
Looking at his photos of construction and finished product leave me wondering which is best as covering up that workmanship is a pity but those models are meant to fly. Covering half the model up in some transparent film, perhaps? Build two of each? :-)
Miguel - 18/10/2021
Add a comment