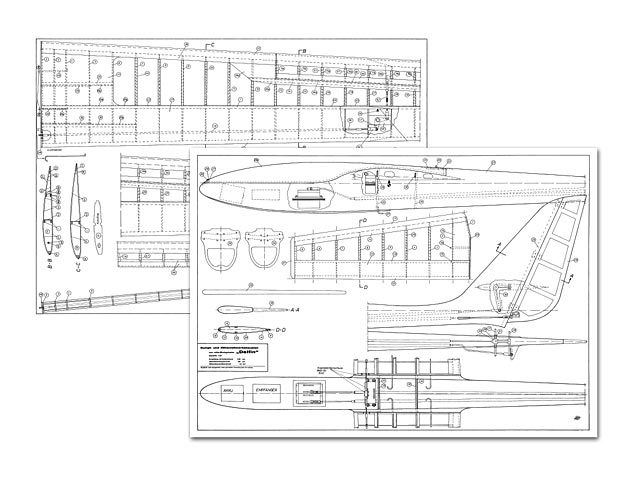 Quote: "The glider Delfin was released by the former German company Robbe in 1970, based on the Yugoslavian glider prototype, see: https://en.wikipedia.org/wiki/VTC_Delfin. It could be built with either a thermal wing with 3m wingspan or an acrobatic wing with ailerons and 2.20m... Building instructions and catalogue pictures are German only."

Quote (using Google translate from catalog pages): "The Robbe Delfin is a fully aerobatic RC glider model with pendulum rudder. It is elegant and was faithfully recreated from the well-known Yugoslav high-performance glider. The model is not only characterized by its excellent flight characteristics, it also shows an elegant flight pattern. This is achieved not least by the pleasing lines of the finished polyester fuselage with molded rudder unit.

The Robbe Delfin can be used universally. It is therefore not only suitable for experts and for competition flights. Less experienced model pilots will also be able to use it successfully as an introduction to glider aerobatics. The expert succeeds in performing aerobatics, his whole ability to show. You can choose your Delfin version from three assembly packages according to your wishes. In addition, rib sets for the thermal and aerobatic areas, and the elevator ribs, are available separately." 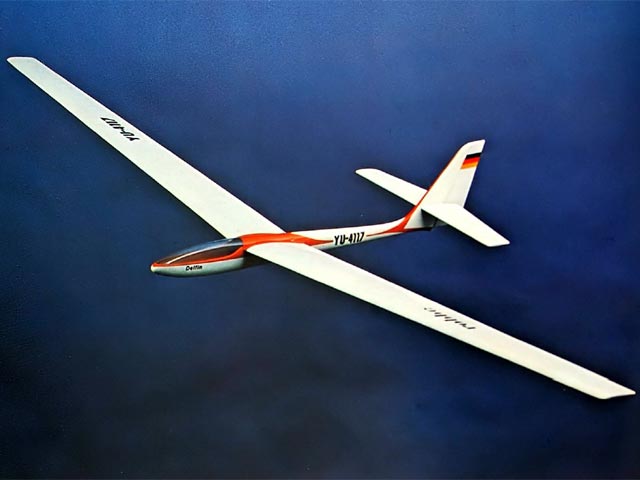