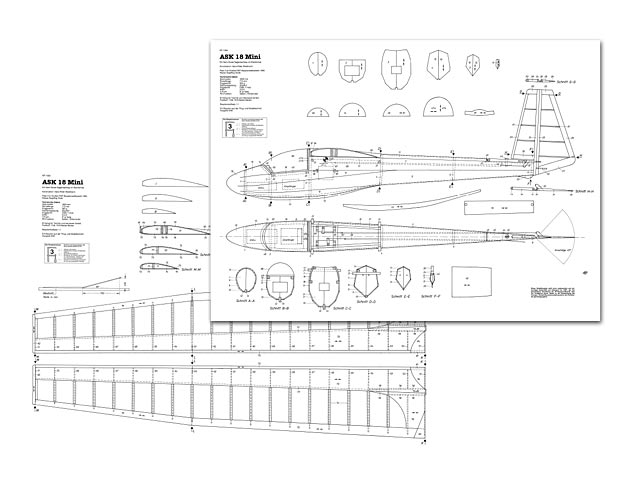 Quote (Google translation from the German text): "The original: Rudolf Kaiser constructed the ASK 18 in 1975 as a single-seater performance in the club class. The simple structure enables inexpensive production, good repair and maintenance options.

This aircraft has a tubular steel fuselage frame with moldings and fabric covering. The wings and the tail unit were taken from the well-known Ka 6. In order to achieve increased performance, however, the wingspan was increased to a span of 16 meters. Wings have a single wooden spar, with a torsion-resistant plywood leading edge and covered with fabric. Flight performance and own flight sounds allow a wide range of use in club operations.

The model: The Mini-ASK 18 is a semi-scale replica on a scale of 1/10. In order to improve the flight characteristics, the wing chord and the tail unit were slightly enlarged. The typical fuselage and surface shape, however, was adopted in full, so that the model is immediately recognized as ASK 18.

The construction of the hull requires some experience. Otherwise the construction is conventional and can be mastered by an advanced beginner. Even the cost of materials is low and only burdens the hobbyist fund a little. However, it must be ensured that only carefully selected, light wood is used. Unless otherwise specified, superglue is used as the adhesive.

Fuselage: The fuselage is built usingd half-shell construction. You have to work very carefully so that the two halves of the fuselage will fit together exactly later. The plan is attached to the construction board and protected with a transparent film. The frames 1-6 sawn out according to the plan are cut in half..." 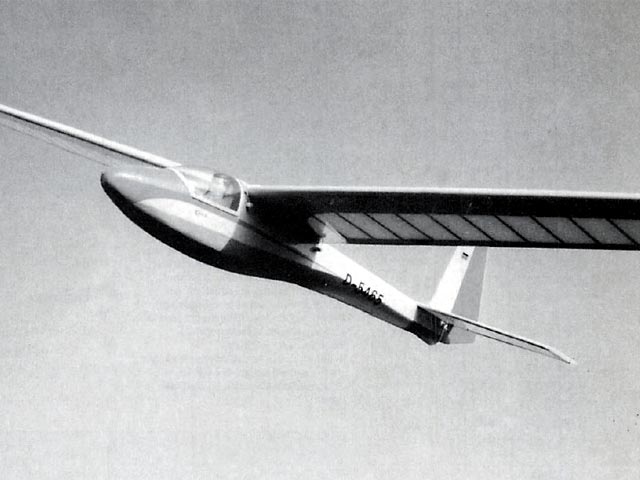 Would like to get the kit for this particular model glider any help would be greatly appreciate it
Tyronesutton - 08/10/2021
This is just the plan. There is no kit.
SteveWMD - 08/10/2021
Add a comment