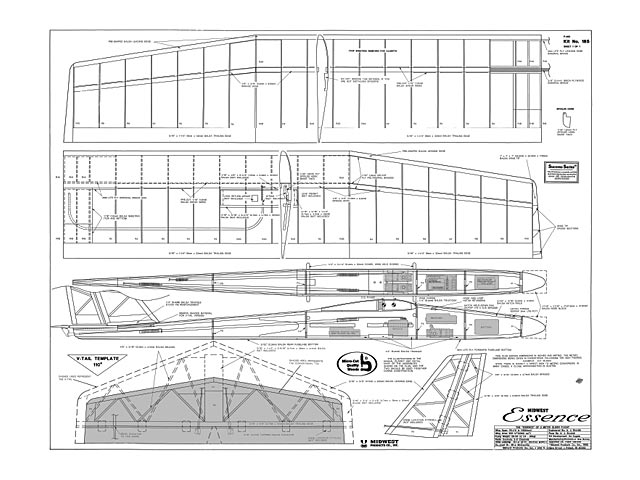 Quote: "Decisions to make before you begin: The Essence was designed to be a very versatile model which can be constructed in various configurations such as: a two piece wing option, a V-Tail option, and also equipped with spoilers. Each version requires special attention to construct correctly. Decide now which version you want to build.

Wing configuration: The wing can be built in either one or two pieces which is secured to the fuselage with rubber bands. Obviously, the two piece wing is easier to transport and store while both versions are easy to build.

V-Tail Option: The empennage (tail feathers) of the Essence can be constructed with a conventional tail (vertical and horizontal stabilizer) or as a 'V-Tail' version. The V-Tail produces less interference drag and therefore is more efficient. Note: You will need a computer radio in order to utilize mix-ing functions for the V-Tail option. The V-Tail is recommended for more experienced pilots

Spoiler Option: Either wing configuration (one or two piece) can be built with or without spoilers. Spoilers act as airbrakes which 'spoil' the airflow over the wing, thus allowing rapid controlled descents. Spoilers are recommended for experienced fliers. If you choose to install spoilers, you will need the following items not included in the kit..." 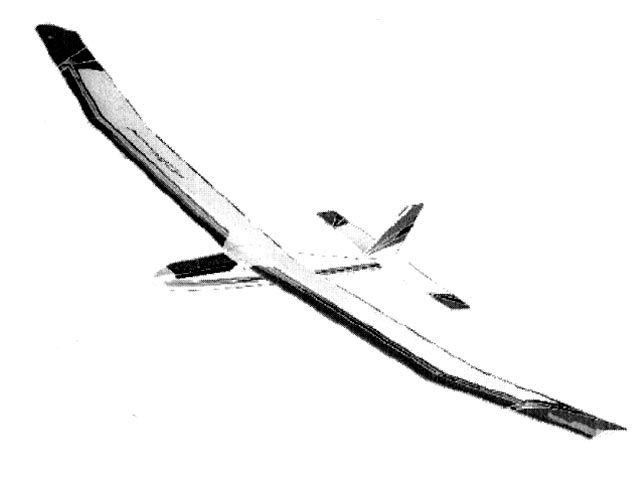