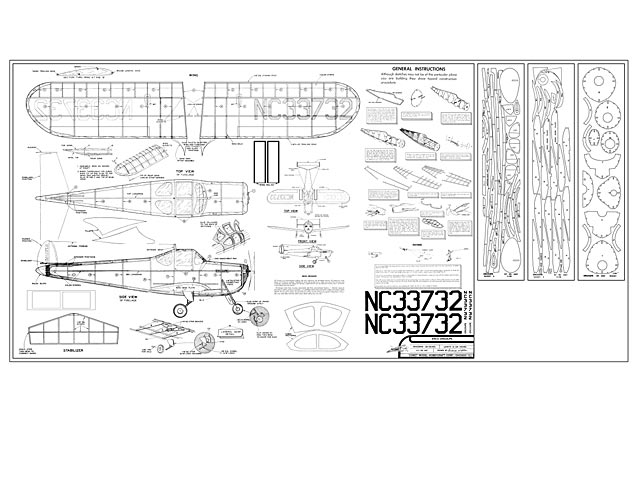 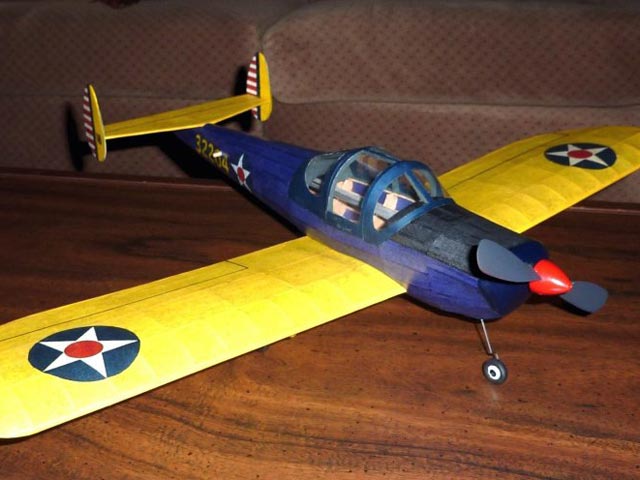 Please find attached photos of a Comet Models 24 in Ercoupe, I made years ago for my daughter's room - hence the pink trim [pics 004-006]. If you need more info, please let me know. Thank you very much.
ThomasCervenak - 04/05/2020
Cruising along the Interstate between Kingman and Las Vegas, I absentmindedly glanced off to one side as I “flew" by an old derelict airfield in the desert. What was that? Was it an old Ercoupe? I had to turn around, go back for another look.
First flown in 1937, the Erco Ercoupe (oz133) was produced in numerous variations until 1970. It was certified to be “un-spinnable" owing to the rudder and ailerons being mechanically coordinated. Once considered to be the safest aircraft aeronautical engineering could produce, it was in essence too stable to be utilized as a military training aircraft. Instead, it was used as a test platform by the USAAF as well as for performing anti-submarine coastal patrolling by Civil Air Patrol units during WW2. It continues to fly to this day with a considerable fan base. Pics of my model [mainpic, 007-009].
Neal Green - 23/03/2021
I saw my first Eroupe perched in a tree off the side of the road, in early morning twilight, near the Eastern end of Long Island, looking for all the world as if someone had crash landed it there. This caused an enormous double-take by me and my fellow occupants in the car I was driving. On our return trip, several hours later in the full light of day, we were able to see that it was, in fact, a deliberately placed advertisement for a local roadside eatery. We nevertheless dubbed the location "Aerial Death City".
Over the years, I would see many more of these exceedingly cute aircraft, although never again in such a bizarrre attitude. I've always been taken with the look of the plane; its cozy cockpit with side-by-side yokes, its marked lack of rudder pedals, its slender fuselage and, of course, its twin tails. For me, simply the mention of the name Ercoupe triggers a flood of exquisitely pleasant memories. So thank you, Neal, for rekindling my oft dimming spark of recollection and providing us with yet another example of your modeling mastery.
Jan Novick - 24/03/2021
Thanks for the comment, Jan. I've gone back via Google Earth a number of times over the years looking for that old Ercoupe along the desert interstate...can't find it...gone. That's not surprising at all, considering the following the aircraft enjoys today. I'm certain many saw the same thing that I did...word got out and someone "snapped" it up. It's all nostalgia now...including the one you saw perched in the tree.
Neal - 25/03/2021
Neal, I wonder if that 'coupe you saw, was at "Triangle Airpark" along Route 93? It's a rough and tumble airstrip community along the east side of the road, even has a street named "Ercoupe Drive" (about 25 mi south of Lake Mead)
Dave D - 26/03/2021
Pretty, well-finished bird, I'm sure she will fly as well as she looks :-)
Miguel - 26/03/2021
I think that would be it Dave, the "Triangle Airpark." I like your description...a "rough and tumble airstrip community." It reminds me of one of those old Mel Gibson "Road Warrior" movies...pretty wild looking.
Miguel, when I constructed the Ercoupe model, I actually wanted to put a titch more dihedral into those wings...but ended up staying with the plan design. The designed angle is pretty well set in accordance with what's cut into the lower bulkheads, i.e., if there are going to be any changes in that regard...cut the bulkhead notches accordingly.
Thanks again, gentlemen.
Neal - 27/03/2021
Add a comment