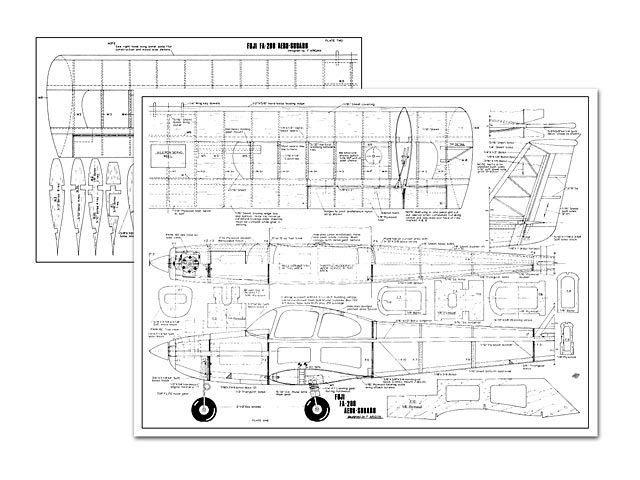 Quote: "In these days of ERF and ARF RC models such as the Lanier plastic planes and the Dee Bee series which fly better than many built up models, why would someone build a semi-scale model of a Japanese light plane, especially if he went into the winter with three flyable RC planes? Take another look at the cover of this issue and you will know the answer. This project began when I saw the picture of the full scale Fuji FA 200 Aero-Subaru and the present semi-scale model on the cover of the Japanese magazine Radio Control Technique. To see it was to build it.

The FA 200 Aero-Subaru is an aerobatic, low winged, four seat light plane. It is produced by Fuji Industries Ltd of Japan. The following are the specifications for the full scale plane: wingspan 30 feet, length 26 feet, wing area 151 square feet, maximum speed 140 mph, crusing speed 100 mph, and stall speed 54 mph. The engine employed is a Lycoming 160 hp. Quantity production of the plane began in 1967. The FA 200 Aero-Subaru is only the second entirely Japanese-made light plane, coming after the N-62 Eaglet made by the Itochu Aircraft Co.

The model was designed by Fuji Arigaya, a well known Japanese designer and flyer; his design as published in Radio Control Technique is a 1/7th semi-scale reduction of the full scale aircraft. The model has been kitted in Japan, and the kit model is slightly larger and heavier than that published in the Japanese magazine.

All neutral trim is employed, ie the wing and stabilizer are set at 0° to the thrust line, and the engine is at 0° thrust. Right thrust of 2-3° is employed in the kit (and MAN) model although the original design had no side thrust.

An interesting feature of the model is the use of a laminar airfoil. This airfoil is essentially symmetrical, but the upper and lower camber is concave near the trailing edge; this is quite apparent in the side view of the fuselage on the plan, According to the designer, the laminar airfoil has no tendency to raise the nose of the plane in proportion to the speed and provides good penetration. Also, theoretically, when the model flies at a relatively large angle of attack in low flying speed, the lift produced by the concave portion of the lower surface of the wing (and this will apply whether the plane is right side up or inverted) replenishes the loss of life at the lower speed, thereby reducing stall tendencies. A thick (18% ) airfoil is employed since this, too, helps to avoid sudden stalling at low speed.

The model has deviations from scale in order to achieve good aerobatic characteristics. The designer was evidently satisfied with the profile of the full scale plane for the purposes of a model since the fuselage is quite deep. This large depth increases the effect of lateral area and prevents side slip; it also facilitates making slow rolls. However, the fuselage of the model is narrower in scale proportion to the rest of the aircraft, the purpose being to reduce drag and weight. Although the designer has produced a model very similar in appearance to the full scale aircraft, I do think that the change to the nose alters the appearance of the model considerably. This is apparent in both the schematic and in the cover photo. However the result, at least in my opinion, is a model that is even prettier than the full scale aircraft.

CONSTRUCTION: Anyone who has built the VK Cherokee (oz4075) or even examined the plan or kit will realize that Mr Arigaya patterned the construction of the FA 200 on the Cherokee. In fact, in his article he mentions the Cherokee and even shows a picture of it.

I built my model from the Japanese kit. At first, building from a foreign kit was somewhat disconcerting. The plan is a blueprint rather than the usual black and white, and all of the instructions on the plan are written in Japanese. In addition, dimensions and sizes are given in the metric system. Fortunately, almost every piece of wood, other than sheeting, is stamped with a designation corresponding to a part shown on the plan, so that the various parts are relatively easy to identify despite the language barrier and the use of the metric system. I found the wood in the kit to be of very high quality, and I certainly appreciated the fact that all the parts came in fully cut out form.

There were no die cut sheets - the parts had either already been removed or they were hand sawn. In the case of wing ribs, this is a particularly good feature. I suggest that if you buy the kit, you make sure that the hand sawn parts, such as formers, conform to the parts as shown on the plan. As is the case with almost all kits, there were a few missing parts and also some pieces of wood that could not be identified. All in all, it is a highly satisfactory kit. In fact, building from the kit should now be easier than it was for me since the MAN plan can be referred to for translations of language on the kit plan and for dimensions expressed in inches.

The wing construction is very similar to that of the VK Cherokee except that scale ailerons are employed. The kit plan does not show cap strips, but 3/16 x 1/16 inch cap strips are provided. I built the wing in the conventional manner. Two panels were built, the ailerons were cut out and then the panels were joined. Although the plan did not show this, I tapered the spar splices and braced the main gear mount with vertical grained sheeting. Also, instead of gluing the webbing at the spar, as shown on the plan. I cut the webbing down and inserted it between the front edge of the top and bottom trailing edge sheets to add strength to rear section of the wing. Trailing edge stock was inserted between the trailing edge sheets at the center section to add strength where the wing meets the fuselage saddle..." 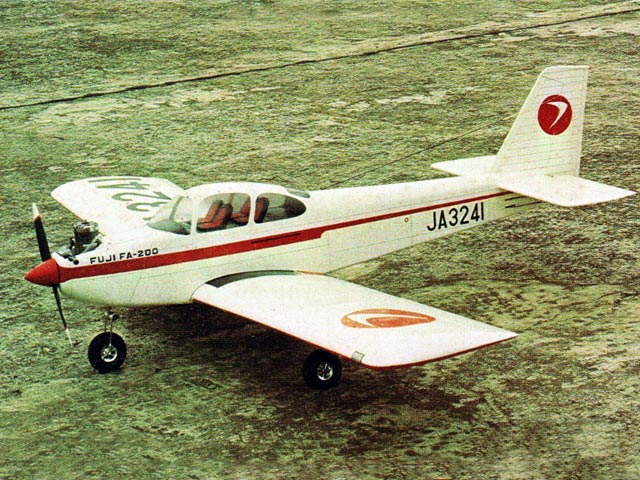