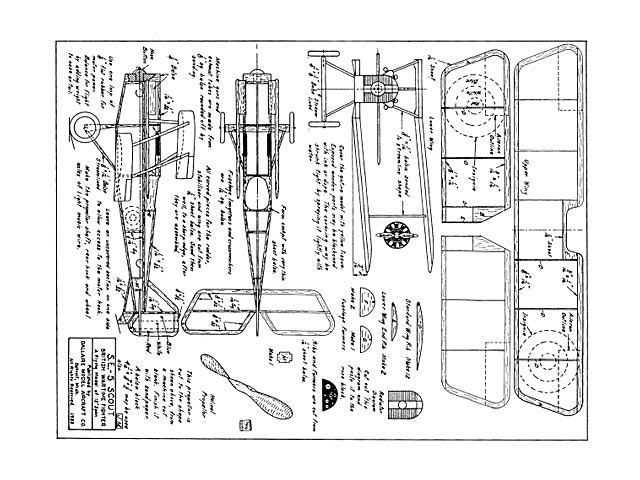 Note this plan is derived from a raw scan in the pages of the book "Best of the Golden Age of Flying Models" as hosted on Mary's page at https://rclibrary.co.uk/title_details.asp?ID=1042 thanks to submission by RalphBradley.