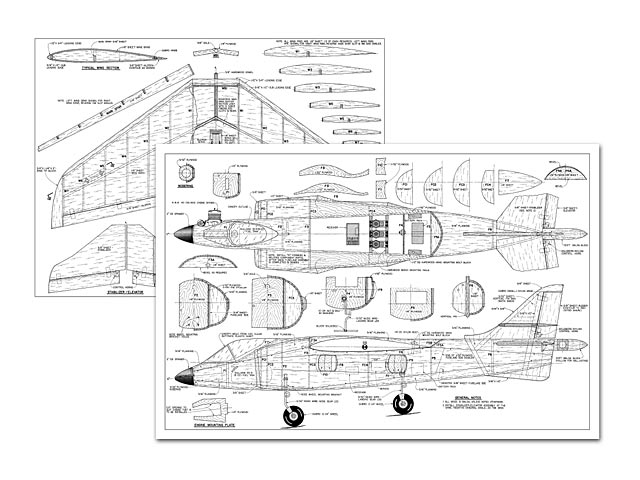 Quote: "Thirteen years of service is a long time to wait for your moment of glory but such was the case for the now celebrated Hawker Siddeley Harrier, the world's first operational Vertical/Short Take Off and Landing (V/STOL) jet fighter.

Perched atop the decks of the Royal Navy assault carriers HMS Hermes and HMS Invincible, under the leaden skies of the freezing and windswept South Atlantic, Sea Harriers prepared for the inevitable struggle with Argentine forces that would determine the fate of the disputed Falkland Islands.

Dressed in a stark finish of low-visibility grey matching their dismal surroundings, Harriers met the enemy Argentine Air Force fighters, warships, and ground targets. The Harrier drew first blood in the Falklands in the late evening hours of May 8, 1980, when two Argentine Air Force Mirage fighters were downed. This victory was followed the same evening with the downing of a Canberra bomber by another Harrier of the Invincible's 801 Squadron. In one peculiar incident, two Harriers managed to down four Argentine Mirages with just three Sidewinder missiles.

The stage was set for victory and when aggressions ceased in mid-June, almost 105 Argentine aircraft and helicopters had been destroyed, nearly two-thirds of which were credited to Harriers.

The Harrier had proven its worth as a weapon of modern warfare. The Harrier is not an aircraft to sit long polishing its medals; for poised off the coast of war-torn Lebanon are a group of US Navy carriers. Their decks are laden with several US Marine AV-8A Harriers ready to strike should the multi-national peace keeping force entrenched in Beirut fall under attack. Let's pray, however, for the Harrier's continued peace time operation.

The model presented here captures all the unique lines and distinctive character of the Harrier without the complexities of using a ducted fan unit or attempting to make it super scale. Shooting for an exciting looking but practical sport scale model, I enlarged the wing and tail, reduced the anhedral, and made some minor outline changes all aimed at simplifying construction and aiding flyability. I don't think the result suffers much from these changes, so here it is for the model building public to judge.

CONSTRUCTION: Wing: Begin with the wing which needs to be complete to aid in the construction of the fuselage, The wing is of conventional all balsa construction and should present no difficulties for any modeler.

First, cut out all the 1/8 sheet wing ribs W-1 through W-7 and the 3/16 sheet main spars. The angled slots in the ribs and spars are easily made by cutting slightly undersized slots and sanding the bevels in with tools consisting of scraps of 1/8 and 3/16 balsa sheet to both sides of which 220 grit sandpaper strips are glued. Be sure to reverse the slot angles on one set so you don't make two sets of ribs and spars for the same side. Carefully bevel the front and rear of each rib, again making right and left hand ribs.

Pin the main spars down over the plans and start adding ribs. Check rib alignment carefully before positioning the 3/16 x 1/2 in sub-LE and 3/16 x 1/4 TE strips. Scrap balsa shims may be used to raise the sub-LE and TE above the work surface. Sight along the structure to insure uniform shim height as you don't want to build in any warps. Install the channeled LG blocks between ribs W-5 and W-6 then start making the 1/8 sheet wing skins. Give these ample drying time.

While waiting, prepare the wing for its anhedral by first beveling the root ofthe sub-LE and main spar to match the anhedral angle. Place the wing flat against the table upside down and glue the panels together after raising W-7 with a 4-3/4 in shim. Glue in brace WB-1 and reinforce the main spar joint with 6 oz fiberglass cloth and epoxy resin. Drill 3/8 holes in the center of the LE and main spar, then glue in the 3/8 hardwood wing mount dowel.

The sub-LE and TE strips roust be beveled now to accept the wing sheeting. Sheet the bottom first. Note that each of the four wing skins must have a shallow beveled arc cut at the root to mate properly at the wing's center. This is important as there is no center rib for support. Glue the 1/8 sheet cap ribs onto the center of the bottom skin TE which also must be beveled to mate with the upper wing skin..." 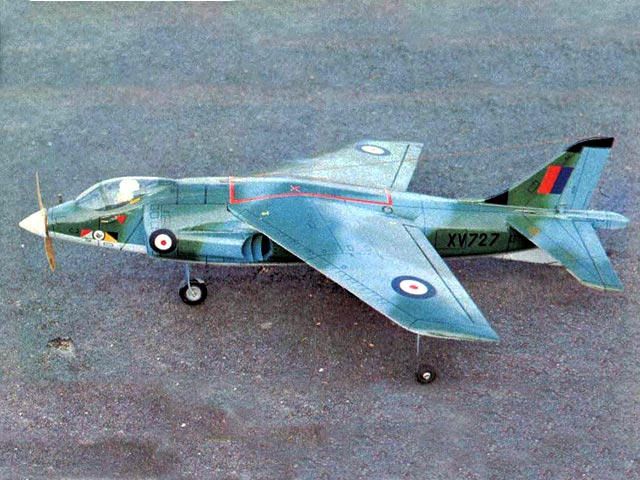