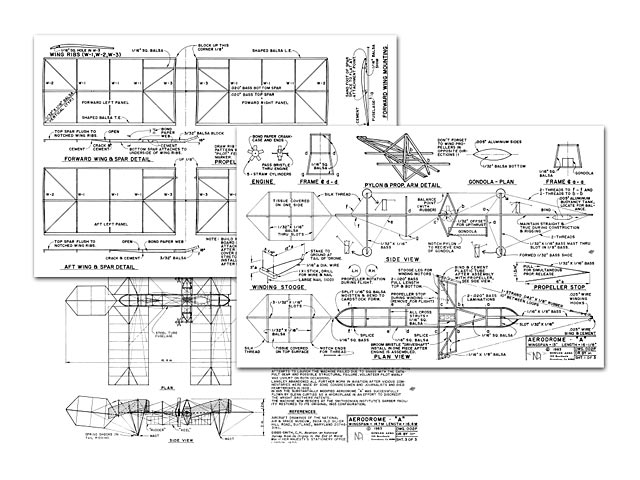 Quote: "Samuel P Langley's Aerodrome 'A' (1903). Prominent Smithsonian Institute scientist and foremost competitor to the Wright brothers up to 1903, Samuel Pierpont Langley (born in 1834) began experiments in aeronautics in 1886 with a background in mathematics, physics and astronomy. He constructed a large whirling arm to test his theories and numerous flying models until in 1896 'Aerodrome no5' made a flight of 3300 feet and 'Aerodrome no6' flew a 3/4 mile distance.

President McKinley's interest in these aerial achievements eventually brought a US subsidy of $50,000 to Langley in 1898 for the construction of a man-carrying machine. An engine was obtained from Stephen Balzer of New York and subsequently redesigned by Langley's assistant Charles Manly to deliver 52.4 horsepower at 950 RPM - with a weight of 125 lbs, a monumental achievement of mechanical efficiency for the time.

A one-quarter size model of the man-carrier powered by another Balzer-Manly radial gasoline engine was built in 1901 but not successfully flown until 1903.

The full-size Aerodrome 'A' completed in 1903, weighing 720 lbs, poised on a catapult 60 feet above the water On the roof of a houseboat on the Potomac river. On October 7 and December 8 of 1903, attempts to launch the machine failed due to snags with the catapult gear and possible structural failure. Volunteer pilot Manly was unhurt on both occasions.

Langley abandoned all further work in aviation after vicious commentaries were made by some congressmen and journalists and died heartbroken in 1906.

In 1915 the substantially modified Aerodrome 'A' was successfully flown by Glenn Curtiss as a hydroplane in an effort to discredit the Wright Brothers' patents. The machine now resides at the Smithsonian Institute's Garber facility restored to its original 1903 configuration.

Aircraft drawings of the National Air & Space Museum, Maryland 20746-3190.
Gibbs-Smith, CH. Aviation: an historical survey from its Origind to the end of world war II. Her Majesty's Stationery Office, London 1970." 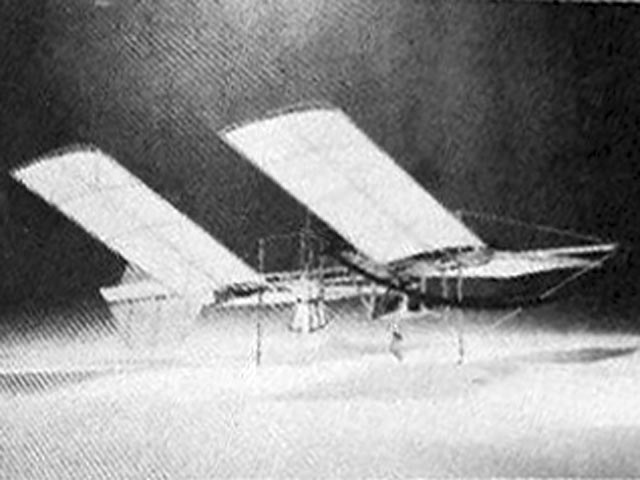