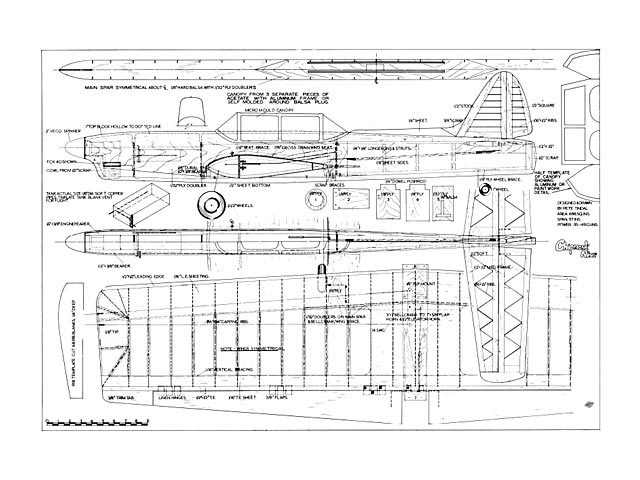 Quote: "Chipmonk 9, by Peter Tindal. Designed by Britain's foremost stunt flier, this 40-powered control-liner has a long string of wins and performed credibly at the World Champs.

I FEEL it is time that my model should see the light in the hands of other modelers, as there appear to be too few semi-scale stunt models on the scene (excluding models a la Rabe, which seem beyond the average modeler because of time commitments. myself included).

I would pass on just two comments, one from Jim Manrtall, six times Gold Trophy winner: It's the first model belonging to someone else that I have flown for a long time that I have felt happy with straight off the ground; and the second from John Heanen, junior stunt Champion four years ago, now placing regularly in top five: 'Beautiful!'

This could obviously be said about a lot of models but I think its record over the past couple of years adds weight to the above comments, plus the model has been modi-fied from the number 7. which they both flew, to the number 9.

I decided just before the 1975 Nationals that the model I was flying could do with a lighter wing loading and, as I couldn't build any lighter, I decided to build bigger, thus the Chipmonk Number 9 evolved. The root chord went up by 1-1/2 inches. The tail was increased by some 20% and the wingspan was increased to 57 inches from 54 giving a wing area of some 688 sq in. This meant that even with a weight of 54 oz (which is quite heavy but easy to build to) it was still 12.75 sq in per oz, which falls well into the 11-14 sq in per ounce at which I have always aimed.

The Detroiter style of wing, as explained to me some seven years ago by Neil Billington is still the quickest way of building a wing and, when modified to a D-box section. becomes very rigid as well. The method can be used for any wing design, symmetrical or not. (The only difference being that different templates are required for asymmetrical sections.)

Construction: First decide on the section of the wing to he used and make a template of the section between the leading edge and trailing edge at the point of maximum chord (Sketch A). The template should be at least 3 in deep which makes it easier to hold and thus becomes less tiring on the wrist when cutting out the ribs.

I find with Detroiter style that there is no need to put in any more ribs than normal, so decide on the number of ribs, double it and add 8 for the tips, to give the number of ribs required, usually about 70. Don't be put off by this large number as they can be cut out in approximately half an hour.

To cut the ribs I usually cut two sheets of 4 x 1/16 into pieces, the length of the template, then put them one on top of the other. I then mark (as Sketch B) spaces from the bottom of the sheeting to the top and then cutting can commence. Just lay the template on top of the pile and commence cutting..." 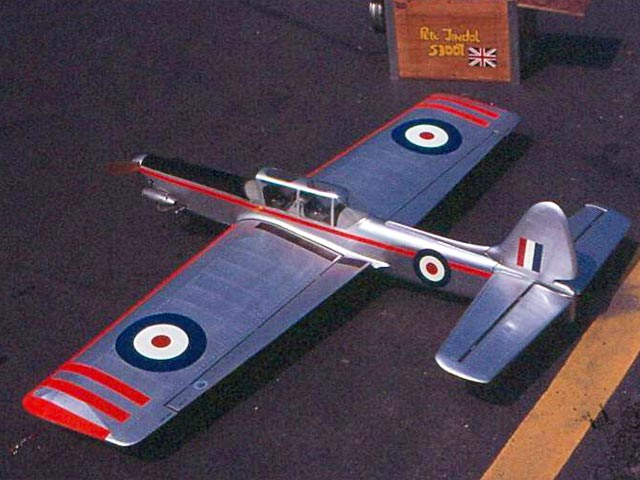