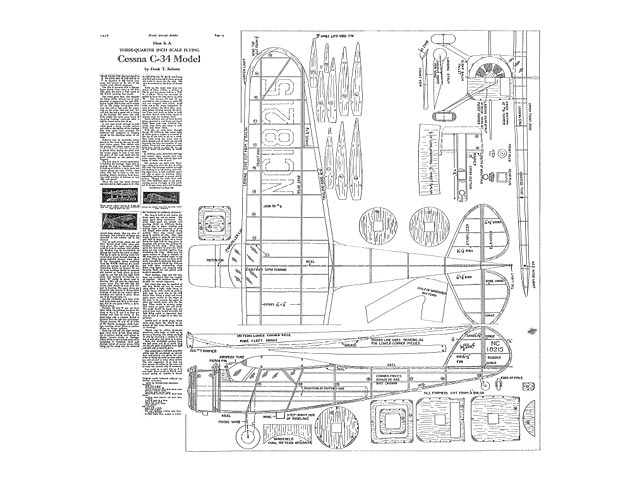 Quote: "The Cessna C-34 was introduced to the public late in 1936 and as to be expected of the Cessna company, has proven to be one f thw world's most effiecient airplanes.

The ship is powered with a Warner Super Scarab motor rated at 145 hp. This gives the plane a high speed of 162 mph, carrying 4 people.

The model given here was designed for flying ability without loss of scale accuracy, or appearance. Its span 25-3/8 inches, length 18-3/8 inches and it weighs 1-1/2 oz. The design incorporates features the author has used for years, such as the motor tube and keel. You will find the keel a great aid in lining up the fuselage. The motor tube adds little weight but saves many hours of repairing fuselage crack-ups after a tightly wound motor has let go.

A new type corner tringer is used which gives a finely rounded contour and adds to the rogidity of the fuselage. The wing spars were arranged for lightness and resistance to warping caused by the shrinking action of the dope.

Patterns may be accurately transferred by the use of ordinary carbon paper. This method calls for placing the carbom paper over the wood, tyaking care that the shiny side is placed down , laying the plans over the carbonm paper, in such a way that the grain of the wood itself and the grain indicated on the pattern correcpond.

The first step in actual construction is build ing the fuselage. Begin this by making the keel or 'backbone'. This is built up of 1/16 x 1/8 stock and curved pieces cut from 1/16 sheet balsa. The keel is built on the side view drawing..." 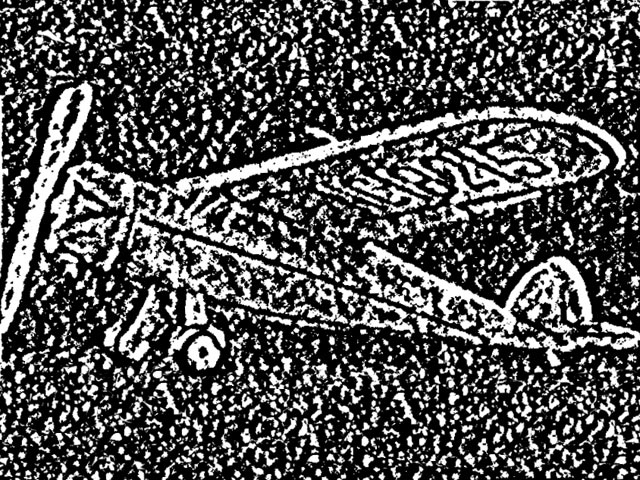