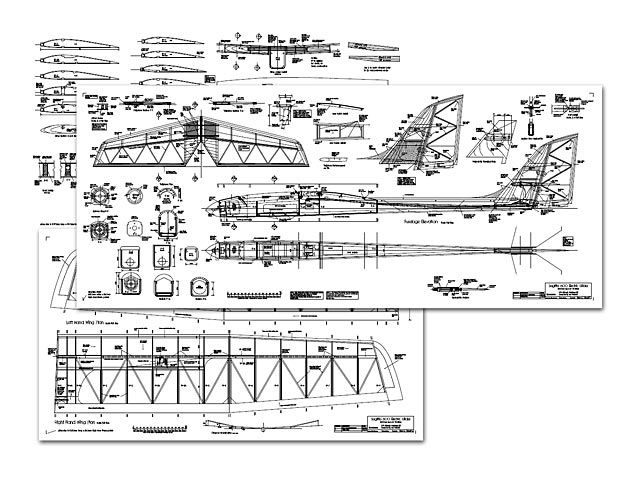 The original Sagitta 600 (oz5970) was a 1982 Lee Renaud sailplane design, published by RCM and later kitted by Airtronics. This here is a later redrawn version, modified and redrawn by John Torrance for electric power using a brushless outrunner.

Quote: "Hi again Outerzone, Attached is another of my redrawn RC glider plans. This time an electric version of the Airtronics Sagitta 600 glider.
As usual I have made some revisions to fix minor structural and control problems the original was supposed to have. The rudder is a little bigger and some reinforcement to the fuselage in the fin area. I also changed the bowden cable tailplane control as it can cause sloppy linkages if not perfectly done. Again just personal opinions, anyone doing the plane can revert to origional if desired. I do not like lite ply fuselage sides as they crack easily so I have revised to a reinforced balsa / ply design instead.
I have attached 2 pictures of the plane built by a friend. The plane thermalled almost out of sight on its maiden flight. I am considering altering this plan to a more modern AG 35 wing section in the near future. Will send it on to you when the drawings are finished. Keep up the great work you are doing. Regards from Bannister, Western Australia," 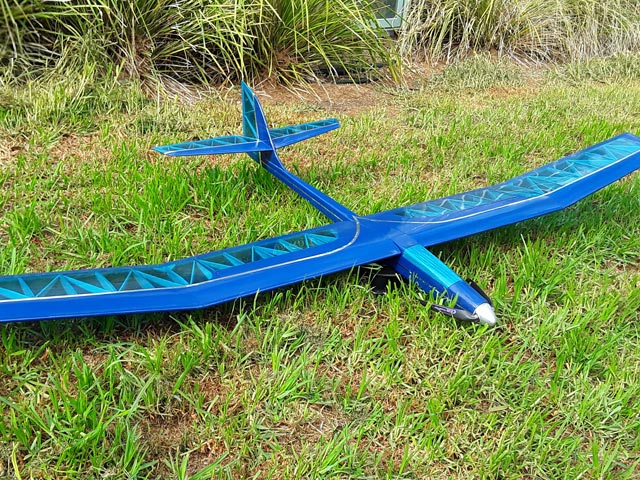 It's nice to see a 40 year old classic revived, with a lot of new thought on several areas the original needed, and all this served by a fine new plan. Careful with those OOS flights!
Miguel - 08/07/2021
Add a comment