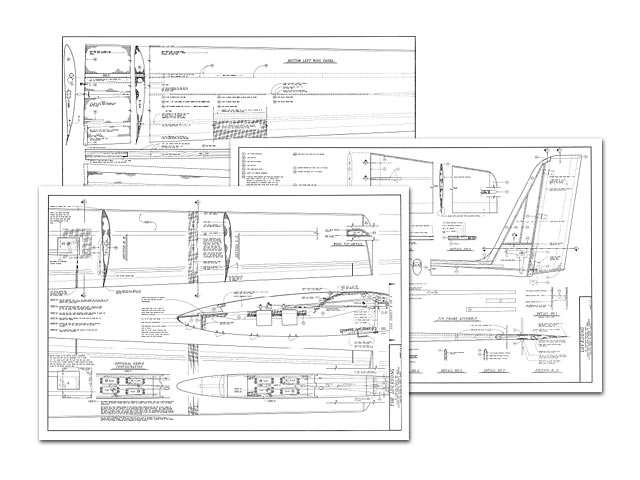 Note the AMA biog of Robert Dodgson at modelaircraft.org/sites/def... includes the full text of a 2-part article written by Bob Dodgson (first published in April 1983 Northwest Soaring Society Newsletter) that goes into detail of the design history. An excerpt follows.

Quote: "In 1982, I drove our little Odessy motor home on a Toyota chassis back to the AMA Nationals (Nats) at Lincoln, Nebraska. I was accompanied by several of the top flyers in the Northwest Soaring Society at that time including Tom Brightbill (multiple Nats winner), Tom Neilson (Nats winner), Dave Johnson (multiple season champion, etc.) and Tom Culmsee (Nats contest director). Most of us were campaigning Camanos and Maestros in open class and K-Minnows in two-meter class that year. The K-Minnow was a T-tailed version of the Camano with two-meter wings. It used the same revolutionary control system. We had recently pioneered the use of foam core balsa sheeted wings on the Camano and K-Minnow. These were the first competition glider kits to use solid core wing construction.

On the long drive home, the Windsong concept was born in a kind of think-tank atmosphere. We all liked the size of the Maestro MK III with its 134-inch wingspan, but we wanted the more precise control system of the Camano along with a higher performance wing, using the unheralded Eppler 214 airfoil. We also wanted a wing that would be easier to construct than the fully sheeted spar and rib construction of the Maestro, Todi and the first Camanos. The basic design concepts were pretty well solidified on that long journey home from Lincoln. However, I still had lots of decisions to make and details to figure out.

At home, I carved the plug for the first fiberglass Windsong 'taco-shell' fuselage. This innovative idea, first used with the Camano, made it possible to have a graceful fiberglass fuselage that used spruce and plywood reinforcing inside and balsa and plywood for the top deck. It was easier to produce, stronger and more heat-stable than an all-fiberglass fuselage of the day. It was decided to go with foam core, balsa sheeted wings to simplify construction. As first used on the Camano, I figured out an efficient spar system and used lightweight foam to come out with wings that were stronger and yet as lightweight as equal sized built-up thermal glider wings.

While I was building the first Windsong prototype, I heard of a new full-sized German glider that could reflex the ailerons to function as spoilers. This idea got me to thinking. I have always loved simple and elegant solutions to complex problems. So, I decided to not put spoilers on the new Windsong and rather use separate flap control and ailerons that could reflex. I wanted to be able to reflex the entire Tailing Edge (TE) for high-speed flight anyway, so I would already have all the necessary functions in place. I worked out all the mechanical mixing systems and had the prototype Windsong flying in a few weeks after the trip to Lincoln. Its performance was breathtaking. I had seen nothing like it! At the time there were no computer radios, but the mechanical systems worked great and having all four servos in the fuselage kept the weight forward and gave me a Windsong that flew at about 54 ounces. The aileron spoiler effect used in conjunction with positive flaps was a real crowd stopper. No one had ever seen anything like it.

There it was in 1982, the control system, complete with 'Crow' that many years later would become the industry standard and still is to this day. In fact, when computer radios started coming on the market in the late 1980s, they used the Windsong control system as the model that they were trying to emulate electronically. The first electronic systems were used in Maestros and Windsongs.

Soon we learned that 90-degrees of flaps was about the best precision landing control and so seldom used the aileron-spoiler function except to help dethermalize. In what became known as 'Crow,' with ailerons up and full positive flap, the Windsong could be pointed straight down dethermalizing at a safe speed of about 40 mph! No other thermal competition glider could dethermalize to fast and yet so safely and so spectacularly!

One of the most exciting sights that was unheard of at the time was watching Dave Banks regularly thermal out with his Windsong from a hand-launch! This is captured on our Dodgson Designs Video Tape that uses footage shot between 1983 and 1986. 134-inch multi-channel gliders should not be able to do this!

Well, the Windsong, and its smaller brothers the Camano and two-meter Pixy, went on to win the Nationals many times flown by people like Tom Brightbill and Tom Neilson. Even I paced second at the Nationals with both the Windsong in 1983 and again with the Pixy at a later time.

The Windsong design evolved into the Lovesong that was a beefed-up version of the Windsong. We improved the mechanical control system too, using the Automatic Flap/Aileron Reflex Trim (AFART) devised by Windsong flyer Gary Brokaw.

Another interesting first for Dodgson Designs in the early 1980s was the introduction of the Pivot. The Pivot was the first successful thermal glider to utilize pivoting wings (wingerons) for aileron type control. This control system had been used some on the slope, but no one had come up with a successful thermal glider kit utilizing this simple control system. The Pivot was the first hand-launch sized glider to use foam-core wings too! It won hand-launched and well as two-meter thermal contests and continued to be one of our most popular designs until we ended our kitting business in 1997.

In 1990, we introduced the Saber which had two firsts for a US kit. It was the first thermal competition glider kit to use the SD7037 airfoil. This airfoil showed great promise from the wind-tunnel tests but had been passed over by designers and pundits – until the Saber. The Saber was also the first US kit to use obechi sheeting for the wing skins. It was not long until the SD7037 airfoil became one of the most popular airfoils following the Saber’s successes and obechi sheeting became an industry standard.

Soon after the success of the new Saber, we updated the Windsong/Lovesong using the Saber wing technology and airfoil and called it the Anthem. However, many folks still preferred the Eppler 214 airfoil that the Mighty Windsong made famous, so we finally offered an obechi sheeted Windsong Classic and lastly the Windsong Silver in honor of Dodgson Design's 25 years in the glider design and kitting business." 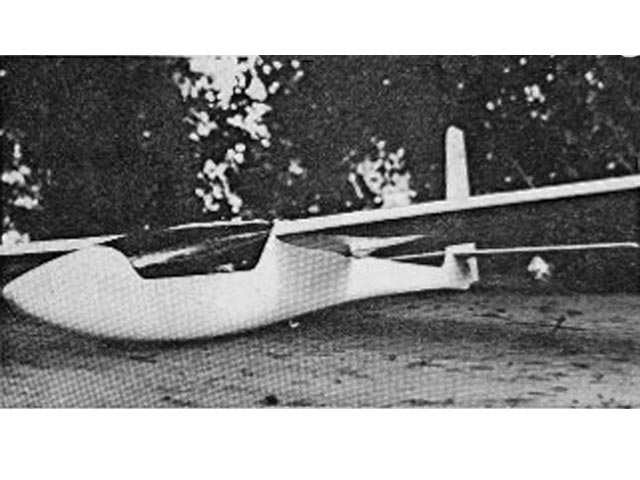 Early in my RC glider experience, the Lovesong and the Windsong were the hot planes that everyone wanted. Many built them, even though it was a big project.
The Windsong, Lovesong etc. required a higher pilot workload, but had better performance than most models of the time. If a pilot practiced enough, it paid off. I had an Anthem, which was stronger and had a faster airfoil, and may have relied on a computer radio for mixing*, but was otherwise very similar. I took quite a while getting used to it.
The Lovesong was kind of heavy compared to what we're used to now, but I've seen a 104 ounce Lovesong thermal with reflex camber.
A friend worked out some mods to make a Windsong or other Dodgson design stand up to rougher landings. He used a plywood servo tray that completely closed off the open area in the nose, except for the cutouts for servos. He also filled the rear fuselage with expanding foam. If memory serves, he sanded down the excess foam to get a rounded shape, rather than using balsa, but I won't swear to that. Another mod he made was to make the stab control pull-pull using kevlar cord, with a brass tube in the back acting as a pulley. This seemed to work well for him and may have lightened the tail.
The original Windsong building technique used acrylic adhesive transfer tape to secure the wing sheeting. This must have been a nervous moment, since a mistake might give the wing a permanent warp, or worse. If done correctly, it was fine. I think if I was building one of these designs, I'd use epoxy or urethane and vacuum bag, but gently. The cores are made of white foam and might crush if the vacuum was more than, say, 6 in Hg.
From what I've seen, the mechanical mixing Dodgson used worked quite well, though it was important to make sure the rubber band was fresh. I've seen some Windsongs or Lovesongs with flap flutter when the band wasn't strong enough.
The Windsong couldn't take nearly as powerful a launch as people use with carbon moldies these days. The Lovesong was a little stronger, but a certain amount of care was necessary. Even with the Anthem, I bent a bunch of wing rods. I've seen at least one Windsong break on the winch, but most models of the day could also be broken easily, at least when using a Ford long shaft winch.
The quoted article mentions the Pivot. I recommend that anyone who wants to fly a Pivot slowly add a rudder. Without the rudder, the adverse yaw can get so bad in slow flight that the model turns the other way.
*Mine did.
Lincoln - 31/05/2021
Add a comment