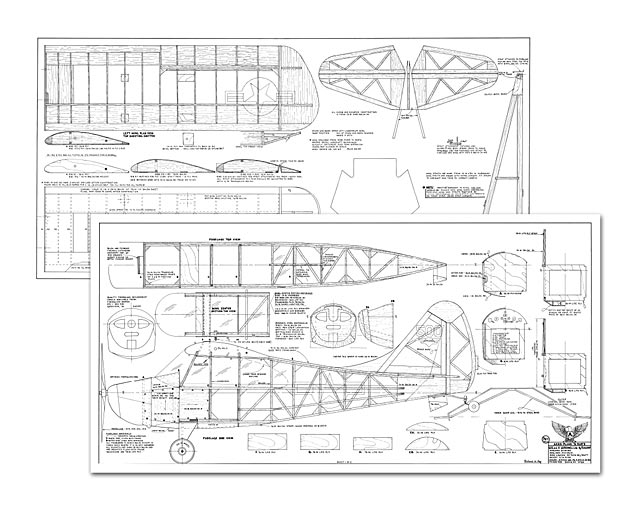 Quote: "During the Korean conflict, the Aeronca Champ, yes the good old 'Airknocker', got drafted. They made a few changes to the cabin area, added more aft windows for better observation, a larger engine (from a 65 hp to an 85), put on a dorsal fin to keep the extra horses in line during takeoff (and those landing go-arounds) and the Champ went to war! But just how, where and why did the Champ come into being?

Well, the Aeronautical Corporation of America seemed to be building really ugly airplanes like their Aeronca C-2. the C-3, the K Model and the Tandem. Their pre-war Chief was not too pretty either. Then something happened, and they built and marketed the very beautiful low-wing series, the Aeronca L. This low-cantilevered-wing, side-by-side little two-place aircraft had beautiful lines, and was an instant hit; even today, it is much sought after by antique aircraft collectors.

Now, because, during the years of World War Two, there was constant reporting about how airplanes were helping to win the war, and a very large number of servicemen were involved in aviation in one way or another, the aircraft companies figured that there would be a great post-war aviation boom. Well, there was a boom of sorts, because of the 'free' flying lessons offered under the GI Bill. Once those mostly broke students received their license, though, most of them didn't go any further with their flying. There were literally thousands of ex-servicemen who started to fly, but never went beyond their private license. Getting that private license was fun - but to go on to the commercial, instrument, and multi-engine licenses was more like hard work, and like some young people today (and some older ones too), they loved to play, but didn't care too much about hard work.

Still, there was a need for well-designed, small trainers so when the Aeronca marketing people decided that they needed an aircraft to compete with Piper's venerable Cub, a sexy little tandem trainer, the new Aeronca 7AC was designed. The flying schools loved them, the visibility over the cowl was so good, the instructor could sit in the back seat, and the plane could be soloed from the front. It had a real door too, and a sexy orange and yellow paint job. In the air however, the 65-horsepower Continental engine, with its oddly-configured exhaust system, sounded like the 'Jolly Green Giant' knocking on the sky - so someone nicknamed it the 'Airknocker!'

Modeling-wise, the Champ has always been a favorite - it's just different enough from the Cub to be attractive to those who may have gotten somewhat 'Cubbed' out. This is a 1/5 scale model of the last of the liaison/observation type aircraft made for the United States Army Air Corps by Aeronca Aircraft Company. It was used by the Army in the Korean War era and was later given by the Army to the Civil Air Patrol.

The aircraft depicted in the plans is in Army colors and markings typical of this period. There is also information given to make the model in the Civilian 'Champ' form, color and markings. You will find this to be a very realistic model, both on the ground and in the air. This aircraft is easy to.build and if built correctly is very easy to fly.

IMPORTANT NOTE: There are a couple of items of major importance I want to call to your attention before beginning construction. This is a BIG aircraft with a wingspan of seven, feet. The construction methods used will produce an aircraft that is strong enough to withstand the rigors of grass field flying and will still have a reasonable wing loading. In short, built as per the plans the aircraft will be strong, light and a pleasure to fly with the recommended engine sizes. DO NOT USE LARGER ENGINES than those which are recommended. This is a sport scale model of a light plane, not a model of an Atlas Rocket.

Of equal importance is the 1-1/2 to 2 degrees of washout that should be built into the wing or simply rigged into the wing with the wing struts. In other words, in the outer third of each wing panel we want to end up with the trailing edge of the wing being slightly higher than the leading edge. This has a great effect on how well the model flies. Particularly at slower speeds and in critical situations such as landing. It also causes the stall to be much less violent than it would be otherwise.

Last, it is a good idea to cut all the parts for whatever assembly it is you are working on, such as stabilizers, fuselage, etc. This way you will have a 'kit' to work with and won't have to interrupt your building to cut out parts.

Actual fuselage construction begins by laying down the 1/4 inch sheet balsa forward fuselage. Its shape is denoted by this symbol >. The next piece to lay down on the plan is the sheet balsa shape at the rear of the fuselage. Next, simply lay down and join all the 1/4 inch square balsa and hardwood framework that make up most of the basic fuselage sides. Be sure to use hardwood for the cabin upright frame members and for the horizontal frame members to which the plywood landing gear plate is later attached. Note that the stringers lay over the cabin uprights and that the cabin uprights are each one continuous piece from top end to bottom end.

After construction of the basic fuselage sides, as outlined so far, add the 1/4 inch sheet balsa gussets. These are built into and flush with the frame work. Add the 1/4 inch balsa sheet exterior doubler to the front fuselage side. Remember, this piece goes on the outside of the fuselage side and will be flush with the stringers. Note also that the exterior doubler extends forward to enclose the side of the firewall. The stringers are doubled on the inside in the cabin area. The 1/4 inch hardwood center section ribs can now be added onto the cabin uprights. The ribs are slotted to accept the hardwood cabin uprights. The center section ribs are doubled with 1/4 inch sheet balsa piees which are spaced to accept bulkheads F, G, and H..."

Good to see the article for this one - which at 6 pages is pretty much a complete build manual. I have to say though, it always worries me when there is no photo of the completed model.
SteveWMD - 27/05/2021
Add a comment