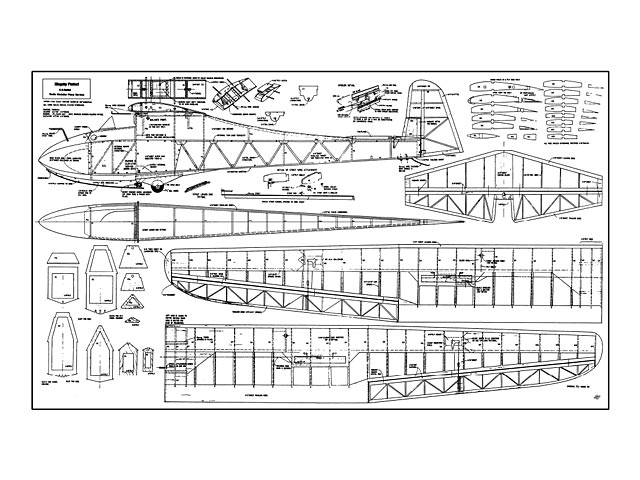 Having designed and built a near 1/3rd scale Prefect in the early 80s which was a lovely old aeroplane to fly, being very scalelike in appearance in the air, I wondered if I could reduce the size down to a more manageable 1/5th, which would work out about 104 in span. The bigger model was 150 in and as I get older and more wrinkly it becomes a littler harder to transport and launch. Hence the 1/5th scale!

I had the good fortune to contact the Vintage Glider Club's Ron Tarling who was very helpful and sent me photos of both their Prefects. One has a red and white colour scheme, which appealed to me, as did the logos, etc. Thanks Ron, it was very useful, so much so that I have modelled your red machine, which I believe was the original prototype Prefect. Note the rounded top to the fin and slightly narrow fuselage. I have included the pointed nose, which the VGC incorporated, by blowing a chicken's egg and fibre glassing over same! It looks good - at least I think so.

Flying-wise the smaller machine is very good being quite realistic and a doddle to launch and fly. It does need a bit of lift but then so do a lot of this type of scale gliders. Anything from force 2 up to 6 fine - over 6, you're on your own! Loops, stall turns, spins and rolls (I know the full-size wouldn't, but they do look good), rolls off the top even, or sedately flying along the slope, are all within the model's capabilities.

Let's start: The construction is most straightforward, the only tricky parts are the wing mounting centre section and the air brakes - they are very tricky indeed! It took me a couple of weeks of fiddling to get them to work satisfactorily. I think, in hindsight, I would have accepted the non-scale commercial manufactured brakes and fitted them. I strongly recommend that you fit commercial Schemp Hirth style brakes - mind you, if you have the patience then the scale brakes do a super job. On landing they really push the model down on the ground with a very satisfying roll to a stop, very scale.

However, enough chit chat, on with a brief description of the finer points of construction. The fuselage is built using a 1/8th sheet basic box. Fuselage sides are doubled tip with a second 1/8th lamination at the cockpit area. This is glued on the outside of the basic box. The rear section is longeroned and spacered with 1/8 x 1/8 false longeron spacers. You cut the basic fuselage side from balsa sheet and frame up onto 1/8 ply formers before fixing the rest of the nose sheets plus false longerons, etc... " 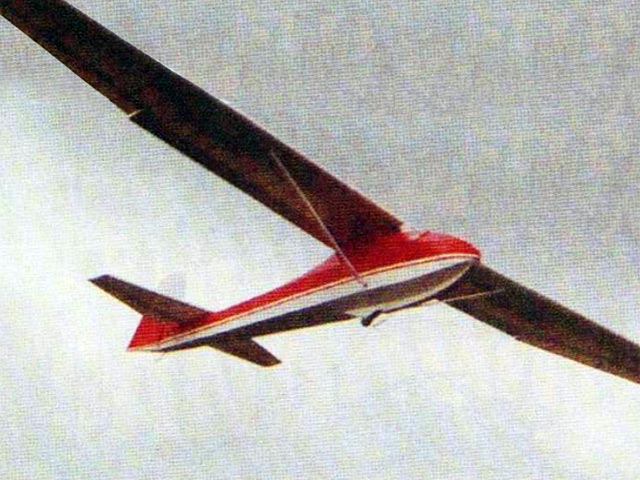