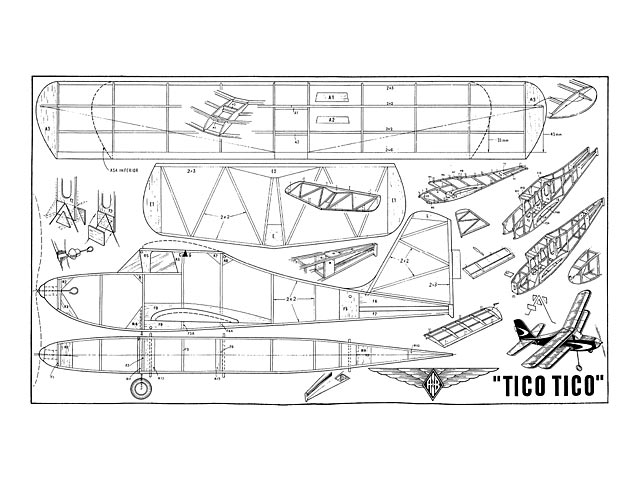 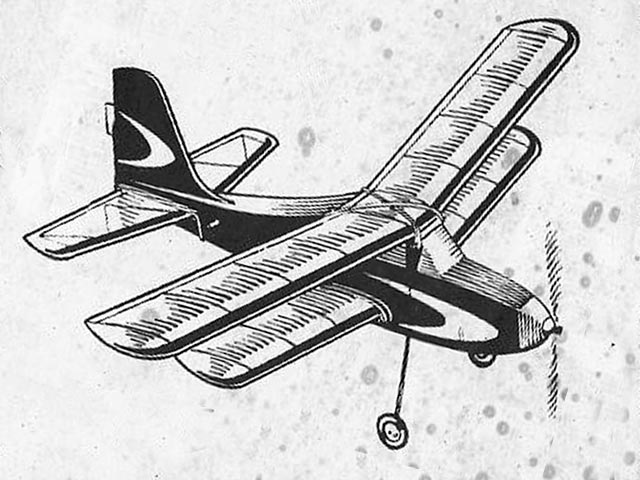 Tico Toco - no wing rib pattern.
Harrison - 06/05/2021
Enough information to work out the ribs. Shape is on the fuselage side plan. Spar positions and sizes on wing plan. Fairly simple task. Only needs one template for all ribs.
M Hodgson - 07/05/2021
Latin American reminiscenses: Once there was a Japanese citizen by the name Shoji Bueno. He was touring or maybe spying in Brazil and he had to stay for reason of closed borders as it was sometime after the attack on Pearl Harbour in December 1941. For survival reasons he went into producing toykits. In April 1943 he opened his own model shop in Sao Paulo, its name Casa Aero Bras. Soon it would turn into one of Brazil's most famous and most innovative model shops as the country's best model constructors met there. Many many Brazilians bought Shojis very well flying toymodels and some of them became ardent model aviation buffs because of him. When he died, somewhen in the 1960s, two fellow countrymen took over: Issamu Terumoto and Mitihiro Rangui. Issamu, the great Issamu, acquired the honorable nicknames "Seu (Sir) Antonio" and "Seu Aero Bras". I met him in 1986 when I spent one year in Brazil. What a friendly and competent gentleman he was when I came in to his shop in the Rua Major Sertorio. In 2020 there were rumors that Casa Aero Bras had to close as many other renowned model shops around the world had to close down for shifting hobbies and less interest in modelbuilding as there is this common saying. They were only reorganizing the shop went later news about the fate of Casa Aero Bras. But at last inmidst of the Covid19 crisis came the final blow. With the begin of 2021 the model shop ceased to exist. There is no Casa Aero Bras anymore in Sao Paulo which makes me and surely not me alone very sad. The Tico Tico was among those Casa Aero Bras models I had once had the pleasure to buy and build. Its construction was a bit too heavy as I felt and therefore I recommend using very light balsa especially in areas behind the center of gravity. It flew straight on and averaged 80 yards on windless days. Yes I liked it and the original purple-red tissue covering looked great. By the way the bird's full name is Tico-tico-de-bico-preto and it translates into 'Black Billed Sparrow' or 'Pectoral Sparrow'.
Robert Schlickewitz - 06/06/2021
Add a comment