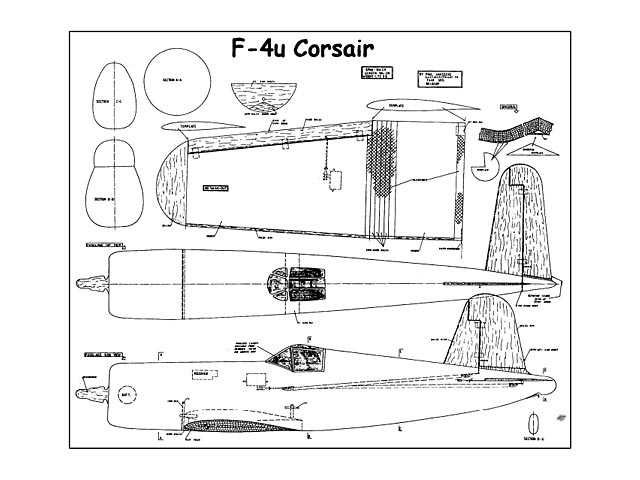 Quote: "The F4U is one of the most characteristic aircraft ever built. It's inverted gull wing makes it highly recognisable. The Corsair distinguished itself in WW2's Pacific theater, and was to fight the beginning of another war in Korea, many years later.

The inverted gull wing was not a feature designers had in mind when they were drawing the plans for the Corsair, but the enormous power from the Pratt & Whitney engine had to be put into a huge propeller. This propeller turned out to be too big, touching the ground when the aircraft rotated into take-off attitude. Lengthening the landing gear made it too weak for carrier operation, so the whole wing was cranked down into the well-known shape.

Corsairs were sturdy aircraft, a fact that one of the test pilots was soon to discover. During a high speed dive, the aircraft went into compressibility as it was approaching the speed of sound, and dove even steeper. During the pull-out the pilot blacked out, and only after landing it was discovered that the aircraft had an increased dihedral as a result from a 20 G pull-up. In spite of the increased permanent set the aircraft was checked out safe to fly.

Construction: Construction of this model is not as difficult as one might think, I realized the bent wing is a hard piece of work on most Corsair-kits, so I gave it a couple of months of thought and came up with an easy way to get it right.

But let's get warmed up by making ourselves a fuselage first. It's a lost mould fuselage, so get out your thin cardboard (I recycle old cereal boxes for this purpose) and make two fuselage side view templates, and two fuselage top view templates. On the side view templates, leave the canopy, wing and tail section off. Use pins to fix the two side view templates on either side of a foam block (blue, pink or yellow foam will do), and cut with a hot wire. I usually visit a couple of building-sites before I start building a model, and mostly get away with some very usable pieces of scrap foam that people are glad to get rid of. I show them a couple of pictures of some of my models, make some publicity for our hobby, and get some free building-materials, good deal.

But back to the fuselage, remove the side view templates, fix the top view templates into position on either side of the block, and cut again. Your fuselage is correct in two dimensions now, add the third by sanding it to shape with a 150 grit, and smooth with a 500 grit..." 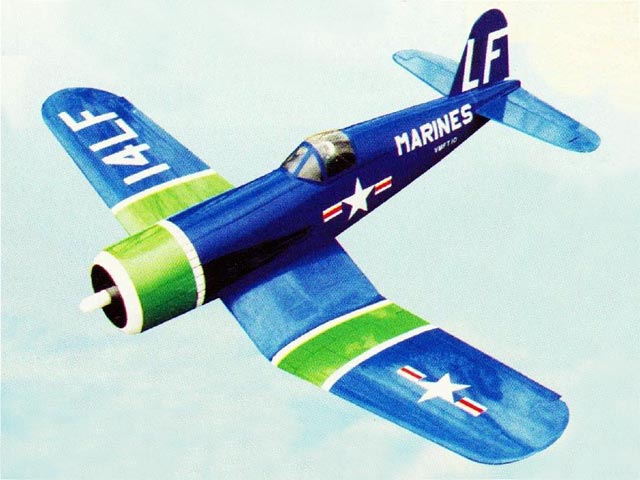