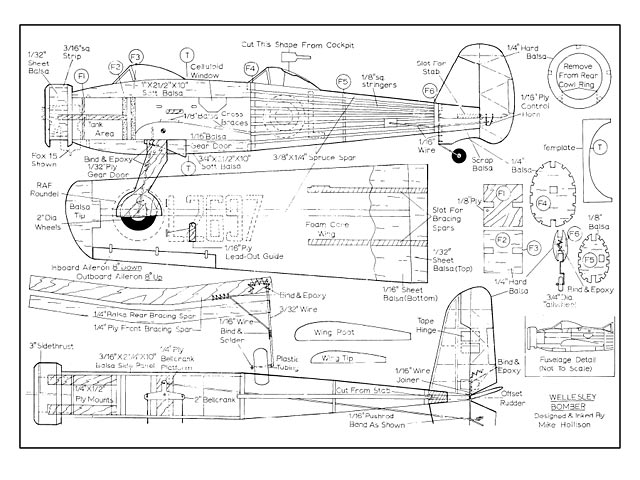 Quote: "When deciding what model airplane to build, you can exercise several options. You can select the design first, then buy the materials needed, or pick a design which can be made from materials at hand. You can also look for a model guaranteed to raise the question at the flying field: What is it?

The Vickers Wellesley bomber was a result of the second approach; namely, what plane could I build around the wings of an Eldon Giant Styro-Glider. While the 'What is it?' approach was not intended, this particular model seems to raise that question whenever it appears in public!

The full-scale Vickers Wellesley was, in part, the brainchild of Dr Barnes Wallis. It utilized the geodetic method of airframe construction perfected by him. This technology was later used in the design of the famous Wellington bomber. With a wingspan of 74' 4", and powered by a 925 hp Bristol Pegasus engine, it proved ideal for the RAF Long-Range Development Unit. In 1933, the RAF entered three Wellesleys in a distance attempt for a 7162 mile journey from Great Britain to Australia. Two of them reached Darwin, Australia on November 7, having completed the distance in just over 48 hours.

Obsolete as a bomber by the beginning of the war, the Wellesley nevertheless saw active service in that very role against the Italian forces in East Africa and the Sudan, and was even credited with several "kills" against enemy aircraft.

Construction: Begin with the easiest part first - the wing. Should a Styro-Glider kit not be handy, scratch-build the wing from a piece of foam, using the standard hot-wire cutting method. Separate the two wing panels and incorporate 2" of dihedral under each tip when re-joining. The Styro-Glider wings must be shortened from their standard 44 in span to 38 in, and slots for plywood and balsa bracing spars cut in each panel. Each half should also be slotted for the spruce strengthening spars top and bottom, and at the ends for the balsa tips. The ailerons should also be cut out and ready for covering..." 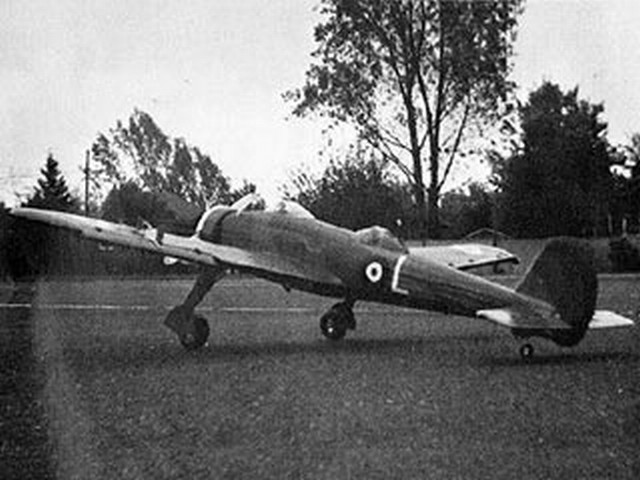