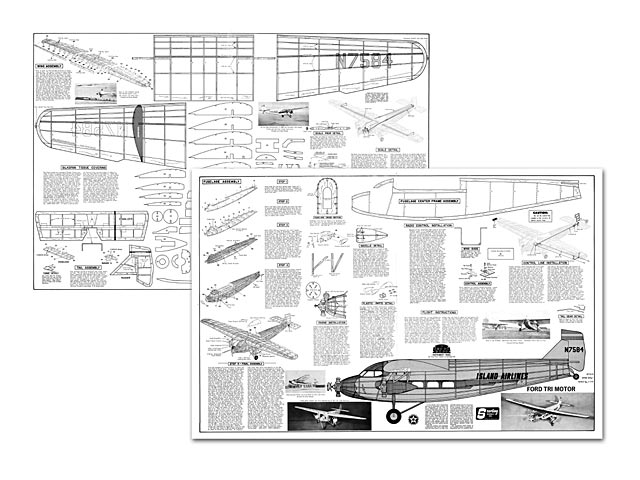 Quote: "Hello again, fellow modelers…this effort is entitled “Great Expectations.” We must all have a model that we’ve constructed many times...in our minds...but never gotten around to actually building. I've always seen Sterling Models Inc. Ford TriMotor as an intriguing subject. Their plan definitely lends itself to some weight-saving approaches. Meanwhile…my imagination sees adventure…Indiana Jones…and before that, maybe even something involving the venerable Captain Biggles (for those who recall that far back.). At last I’ve summoned just enough inspiration.

Soooo…this is a vintage Sterling Models Ford TriMotor, kit E12…from my shop shelving where it has languished for many decades. Over time, the kit itself has survived something of its own journey, complete with depredations. The fuselage is scratch-built while the wing and empennage are from kit furnished materials. Engines are likewise kit supplied vacu-formed parts.

Overall wingspan is in the realm of 35”. Propellers are 4.5”dia…which of course would never suffice to fly her. Sterling supplied a 7”dia prop for No.2 motor…which is still too small…so all three are just for the sake of appearance. While I’ve minimized detail and paint, don't hold back with your own effort...the Ford TriMotor just oozes history and adventure.

On November 27 and 28, 1929, Commander Richard E. Byrd (navigator), chief pilot Bernt Balchen and two other crewmen, the copilot and a photographer, made the first flight above the geographic South Pole in a Ford Trimotor that Byrd named the Floyd Bennett. The “Tin Goose” (as the Ford TriMotor was affectionately called) awaits you!" 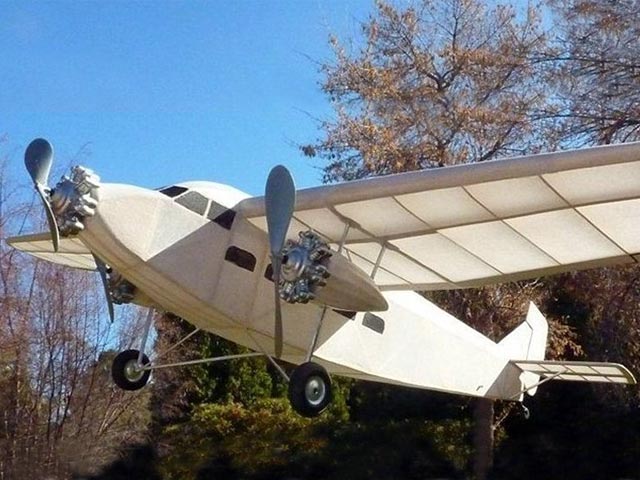 This will make a great blow-up to 200%, 68" span and around two pounds in weight. Three small outrunners on 2S will fly a lightweight like that around in fine style
Simon Craven - 07/04/2021
Add a comment