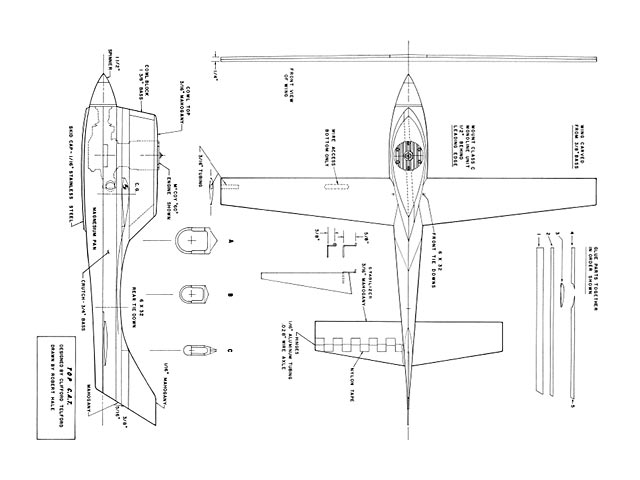 The Top CAT is an evolutionary design dating back to 1958. My first C speed model of this type was built that year and is still used today for test flying. In five years of flying, the original Top CAT has won 28 trophies. The 1962 model incorporates several minor changes which helped to set an amazing AMA record of 171.20 mph in the Open class. The new version won first places in two of the three contests in which it has been flown. In its very first contest, the 1962 Nationals in Chicago, the design won first place in the senior and open classes. In the one meet where it failed to place, the Mono-line handle broke and the plane was wrecked. After replacing the wing, it captured the open C record the following week. The design has also held the junior record. has been used successfully by speed fliers in all three age classes.

This consistent record of winning performances has been due to the plane's ruggedness and flying stability, even in the worst wind. Although it is sometimes difficult to design an airplane which will practically fly itself and still be responsive to controls in emergency situations, the Top CAT does both of these well. In order to maintain these, characteristics, the placement of the CG and the design of the empennage must be followed closely.

Such a large vertical fin on a speed model has evoked, much comment. I feel that it offsets the yawing oscillations caused by the cowl when flying in the wind. The wind, force is normally first on one side of the cowl and then the other as the airplane follows its circular path. This sets up the yawing oscillations which add drag to the model and sometimes cause the engine to run lean and rich on opposite sides of the circle. The large fin allows the wind force to work on an area aft of the CG as well as forward of it. This, combined with the weather-vaning effect, counteracts the yawing tendency.

The lifting horizontal stabilizer keeps the airplane from climbing when headed into the wind, and has little or no effect downwind. Therefore, once the airplane is 'in the groove,' it stays there. The CG also plays an important part here. If the plane is tail heavy it never finds the groove, and the flier has his hands full just flying the model..." 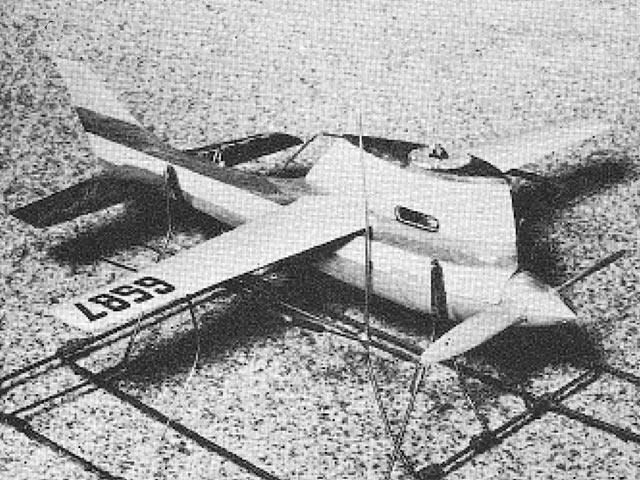