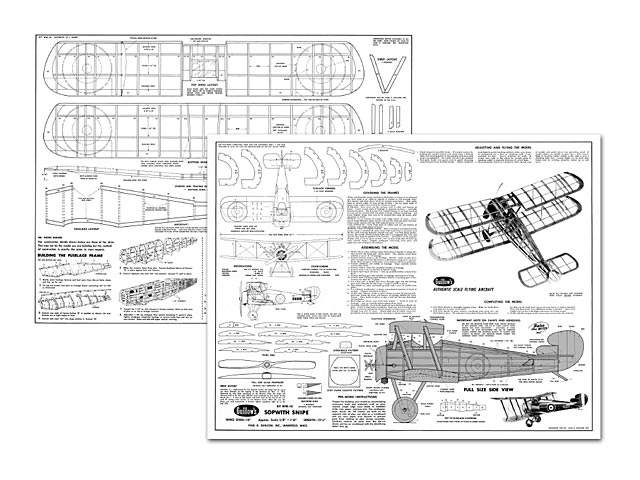 Quote: "This is the plan for the 18" wingspan Guillows Sopwith Snipe discontinued kit ww10 from 1963. Model constructed from this plan is finished to represent the aircraft flown by Major William G. Barker on October 27, 1918. Major Barker, while flying alone over the Western Front attacked and destroyed a German Rumpler observation aircraft and was in turn jumped by two full squadrons (Jastas) of escorting Fokker D-VII's. In the ensuing descending dogfight, Major Barker destroyed a further estimated 4 to 6 enemy aircraft before successfully landing his Snipe behind his own lines...he was seriously wounded in both legs and an elbow. For this action, Major Barker was awarded the Victoria Cross. "Billy" Barker was credited with 50 aerial victories during the Great War which concluded two weeks after this action took place." 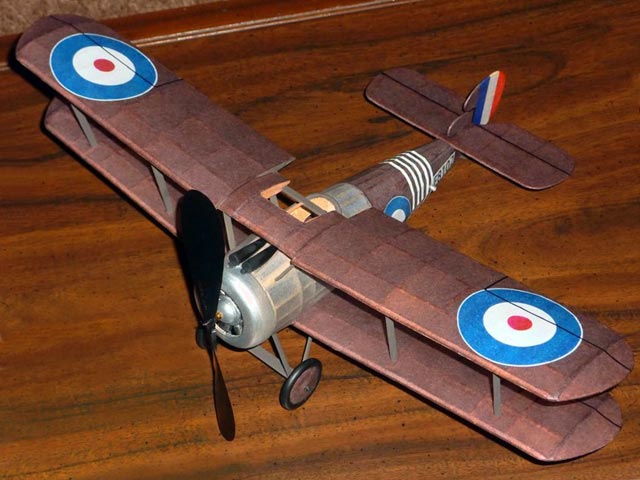 No need to see the credits, the style is recognizable :-)
Miguel - 25/03/2021
Thanks, Miguel. Twas Billy Barker that was my inspiration for the build. Major Barker was to some degree embarrassed by all the fuss. First off...he was self-critical that he would allow himself to have gotten into such a situation in the first place (a combat pilot of his experience) and then, he actually tried to suggest that it really was no great achievement on his part, "They just kept flying in front of my guns and I continued to press the triggers," this from a 50-victory ace! The investiture of his Victoria Cross actually came some time following the conclusion of the War owing to the life-threatening nature of his wounds.
Neal - 25/03/2021
A great story, Neal. With some people, the less they bang their drum the louder it sounds. And a fine model, now that we are at it.
Miguel - 26/03/2021
Add a comment