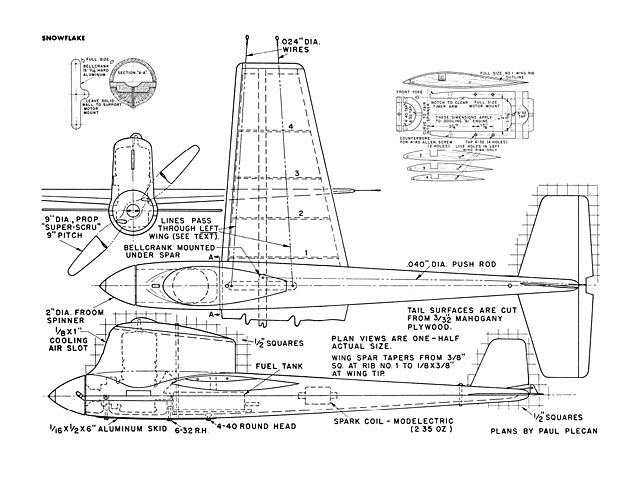 THERE have been many designs for speed jobs in the last several years that have proved flyable and popular. This ship is a combination of some of the better features of all these, and utilizes several theories which have been worked out during the last two seasons. Until this plane was built, the writer had been attempting to 'beat the experts' in wing design. There was a rapid succession of knife-edge, paper-thin wing sections, high aspect-ratios and a general desire to get away from the beaten track.

However, when the new Dooling 61 engine became available in the East, it was decided to settle back into the more normal design of wing and merely incorporate some constructional and mechanical features which had been gathered from its forerunners. In the first place, the new Dooling is 5/16 shorter than other similar engines and mounts on 2 inch centers and has a long crankshaft to permit very close cowling., The only changes to the engine were to file off the exhaust stack so that the cowl port could completely encircle the stack, and the reversal of the needle valve body and the rework of the fuel inlet pipe for right-angle feed to keep the fuel line within the fuselage.

The two salient construction features are the motor mounts and the wing fastening. Much has been suggested by motor manufacturers in the matter of flat, rigid mountings. Heretofore mountings have consisted mainly of hardwood stringers or crutches, all of which have proved hard to manage both in lading and flying due to thin fuselage sections, extreme vibration, and the solvent qualities of present day racing fuels. Various plastics had been tried, but all had failed, due to fuel, brittleness, or lack of cementa bility. The idea of aural or magnesium had been toyed with previously but had been discarded due to expected difficulties of fastening..." 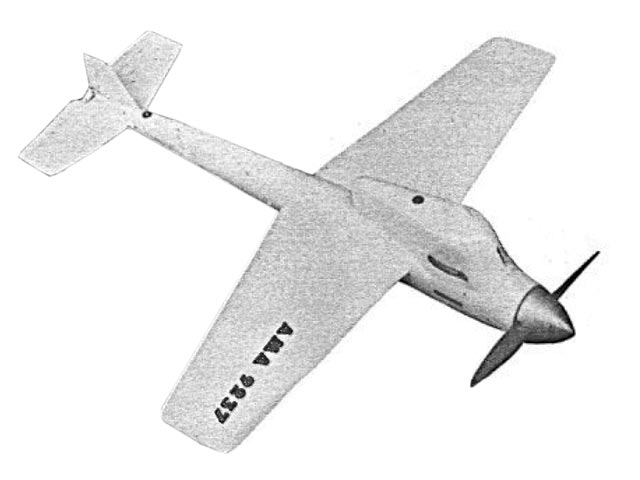