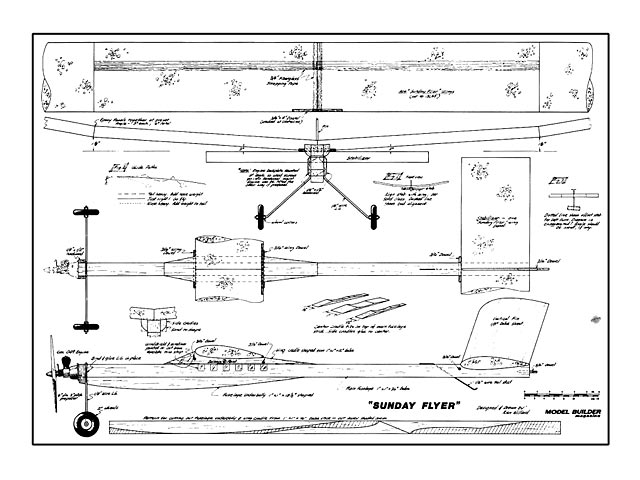 Quote: "Sunday Flier by Ken Willard. Here's the ideal project to kindle a flame from that spark of interest shown by the youngster in your life. One evening or weekend isn't much time to devote to its construction, and who knows - you might learn something!

In the past ten years, literally hundreds of thousands of 1/2A engines have been made and used by hobbyists as power for their boats, airplanes and cars. Most of the boats, airplanes and cars have long since been wrecked, but the engines are still lying around, unused, but still usable. The hobbyist has lost interest. Most of them, to be sure, are youngsters who would like to do something with their engine, but they don't have a lot of money to buy radios and suitable kits. So what can be done with all those engines?

How about putting them into a simple sport free flight model? One that will need a minimum of building time, practically no adjustments, yet will give good flights and teach the owner quite a bit about flying simple powered models. With that in mind, the design of the Sunday Flyer was developed.

The secret of a good flying model is the trueness of the alignment of the structure. The most critical, in that regard, is the wing. Very few newcomers to airplane modeling can construct a wing which doesn't have any warps. With that in mind, the Sunday Flyer uses ready-built foam wings. That feature, combined with the solid balsa fuselge, insures an accurately built model, just what you want for your first try in building a flying model.

The foam wings used on the Sunday Flyer are produced and sold by Ace R/C, Inc., Box 511D, Higginsville, MO 64037. These particular wings have the tips of the panels precut at a precise angle of three degrees (3°) so that you don't have to sand them before putting them together. They are called Sunday Flier wings, and the catalog number is 13165. Yes, I know that the spelling is not the same as the name of the airplane. Don't let it bother you. Somehow, the modeling people have never agreed on whether you're a 'flyer' or a 'flier' so don't worry about it..." 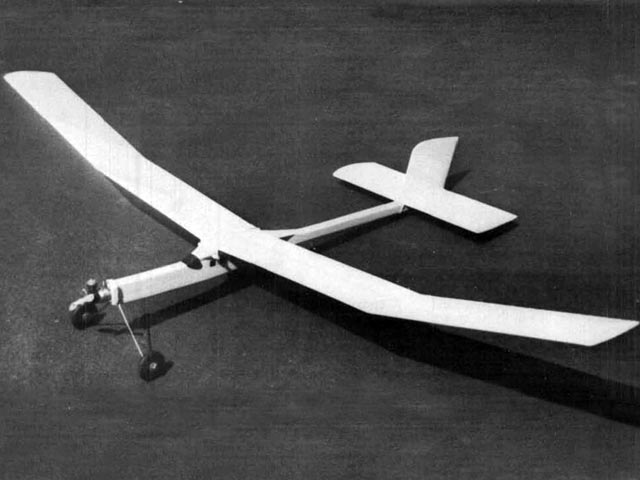