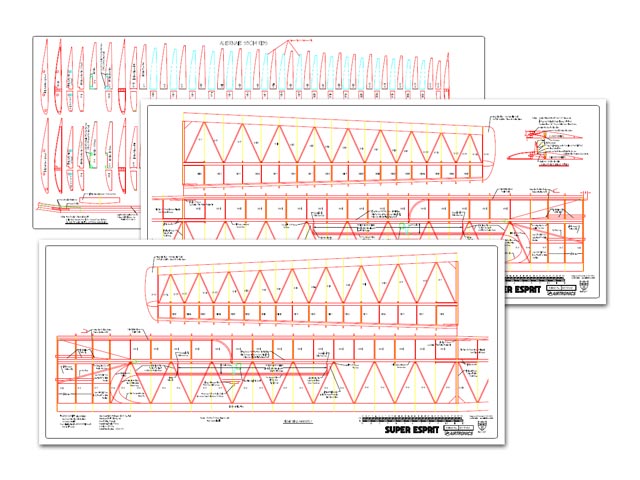 This here is a plan to build an extended wing (at 173 in) to fit onto the Grand Esprit. This plan shows only the wing. See Grand Esprit (oz9015) for the rest of the airframe.