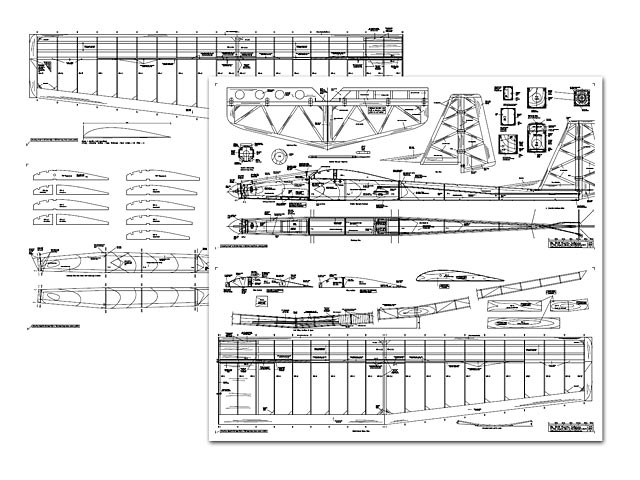 Note the original Big Birdy kit from Bridi Hobby circa 1970 was an unpowered sailplane. This here is modern re-drawn plan by Johhn Torrance, in an attempt to 'rebuild' the plan from scratch. See details below.

Quote: "The Big Birdi was designed and kitted in the seventies by Bridi Models. I built and flew one for a long time. It was a great thermal glider and flew well. Move forward all these years and all I had was the rib templates left. No plans and I could not find or get access to a set of plans. I did manage to find some pictures of the plane, kits and small parts of the original drawings, so I decided to redraw the aircraft drawings from the pictures and part plans. Fortunately one picture had the plane held vertically and was clear enough to scale from and given I had the wingspan and fuselage lengths that were on the original kit box it was possible to redraw the plan.

I first drew the plans up as a glider as it was. I then drew a version for electric power, using a brushless motor ... I have not built this version but have built and converted enough gliders in the past 30 years and am sure it will fly well. There are 4 sheets: Fuselage, LH Wing, RH Wing, and a Parts drawing. Regards,"

Quote: "Hi Outerzone, I have been looking at plans in your fabulous site. My work background was CAD drawing and I have been drawing accurate plans of aircraft that interest me since I retired a few years ago. I fly RC gliders and electric gliders mainly and my interest is with these aircraft plan drawing wise.

Some of the plans you have are due to scanning pretty difficult to read or print due to age and condition of origional plans. I want to try and preserve some of these aircraft drawings so people can keep building them, those that want to build that is." 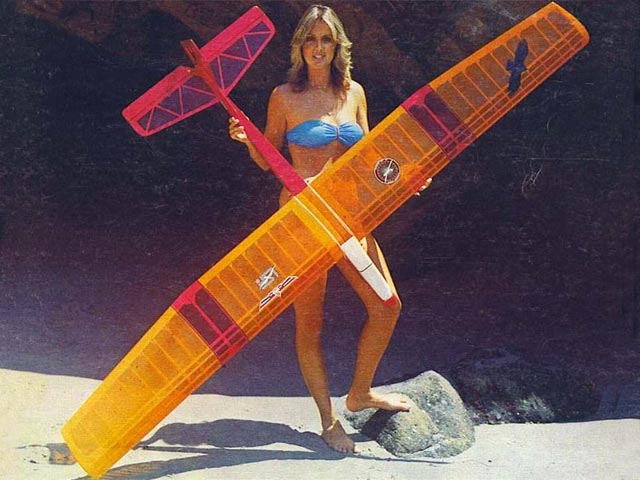