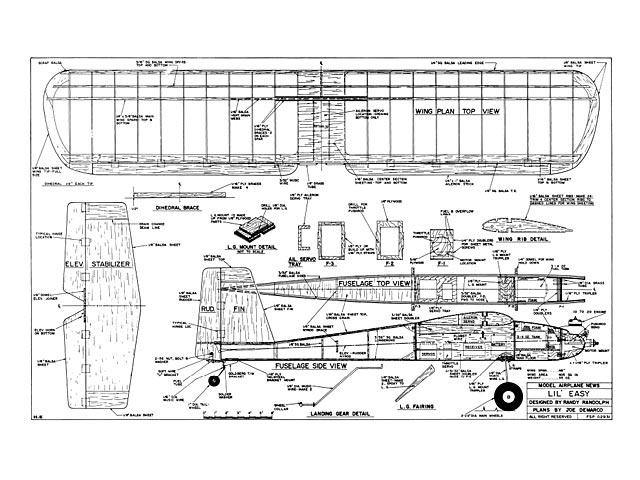 Quote: "The first 'Easy' made its public debut in the May 1987 issue of Model Airplane News. It was designed to be an easy-to-build and easy-to-fly airplane for 40 to .50 4-stroke engines. It was a friendly sport airplane that would be ready to fly at a moment's notice. Although it was not intended as such, a number have been used very successfully in training programs around the country. Its lightness, coupled with its ability to stay in the air at relatively low air speeds, seemed to appeal to club flight instructors as well as to those of us who enjoy relaxed sport flying.

Lil' Easy is a scaled-down version of the big guy and is just right for engines in the .10 to .15 range. It is stout enough for the hot .20 4-strokes, but most of the flying done with those engines will be a waste of the power available because of all the reduced throttle operation. With the hot little Enya 11-CX in its nose, the airplane is actually a little on the overpowered side.

Even though Lil' Easy can be quick and acrobatic, when the power is pulled back, it becomes the same gentle airplane as its big pussycat brother. Slow flight is slow, and landings are very kind to the pilot. I know of no other airplane in its power range that has such a wide performance envelope.

This is a 'plain vanilla' airplane, so it is an easy airplane to build. The slab sides, solid-sheet tail and semi-flat-bottom wing all contribute to its being quick to build. There is lots of room in the cabin area for almost any radio system and enough finger room to make it easy to install. If you have never built an airplane from magazine plans, this might be the one to try.

CONSTRUCTION: As a rule, the wings take more time to con-struct in any airplane, so they're a good place to start.

Make the ribs out of 1/16-inch balsa sheet. They can be cut out of a 'printed sheet' made by tracing around a card-stock tem-plate onto the balsa sheet with a fiber-tipped pen..." 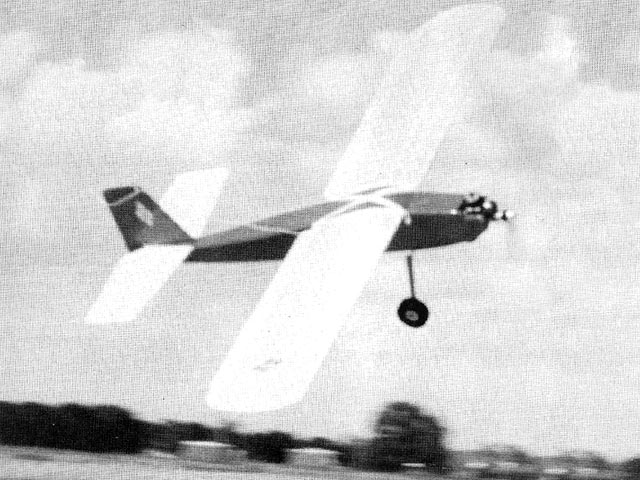