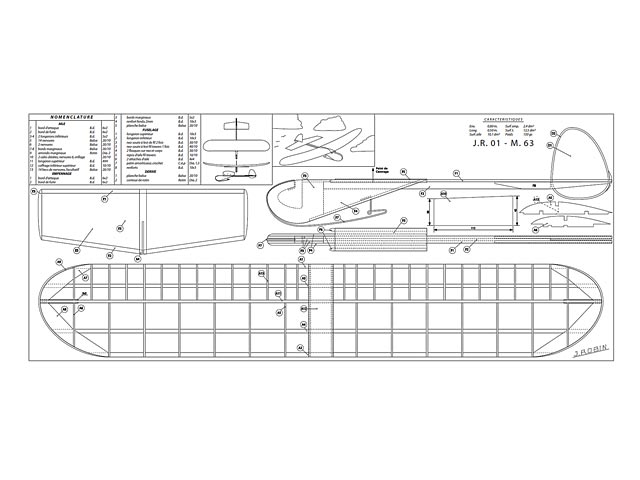 Quote: "Hello Mr Outerzone! First of all, congratulations for the wonderful work you are doing to collect and share plans! I would like to submit the attached plan, which I redrawn because of the poor original drawing condition.
This is a freeflight sports glider called JR01, measuring 0.8m of wingspan and designed at the beginning of the 80's by an abbot called Jean ROBIN. Jean Robin (who has now passed away) was running a model aircraft club in Paris, located Rue Madame in the Bossuet college. This club was affiliated to the French model aircraft association (FFAM) and I was part of this club in the 80's, when I was 10 years old or so.
This glider was my first one, and it was made mainly from hard wood and balsa (the wing was covered with silk and dope). I lost it on the third flight, as it went out of sight too fast for my running...
I hope you will accept to publish this plan and that I will be able to translate the above comments in French later on.
Thanks in advance and do not hesitate to contact me for any further detail.
Best regards," 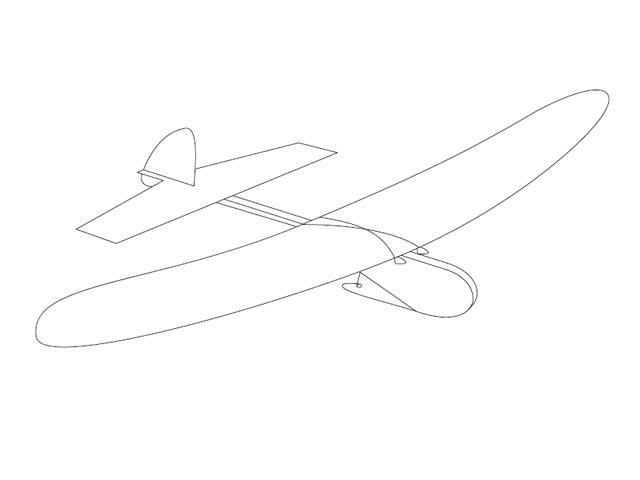