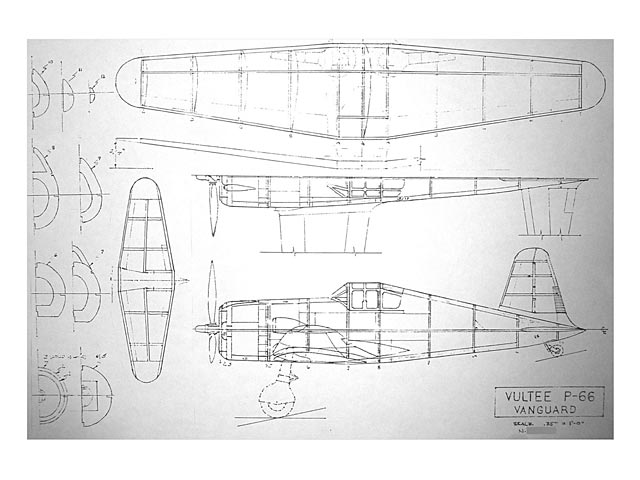 Quote: "I scratched this little peanut scale plan out about 30 years ago (apologies for its lack of quality)…didn’t seem to be anything available at that time concerning the Vultee P-66 Vanguard…one of those pre-war concept designs, an extension of Vultee’s advanced trainer concept, a next step toward a legitimate combat weapon. While it’s initial workup showed much promise in the realm of performance capabilities, the subsequent addition of WWII combat loads “brought it all back to earth,” no pun intended. As such, it found itself back in the advanced trainer role as well as being exported to any “friendly” in need…in this case, the Nationalist Chinese for use against the Japanese.

My design “technique” often uses 3-view drawings as a starting base…as is the case with the Vanguard. The model is simple and basic as was Vultee’s original production concept, and utilizes 1/16” and 1/32” balsa with a plastic propeller. Markings are home-made tissue-cals. Landing gear cover doors have been eliminated as was generally the case with actual combat use. Chinese forward airfields were crude and muddy.

Thanks for everything Steve and Mary." 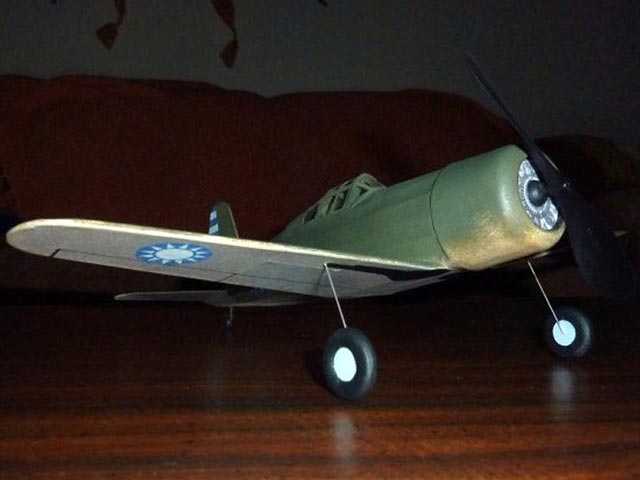 An esoteric subject that would have been popular 'back in the day', a smooth model with a nicely taut covering. Thank you!
Miguel - 21/12/2020
Add a comment