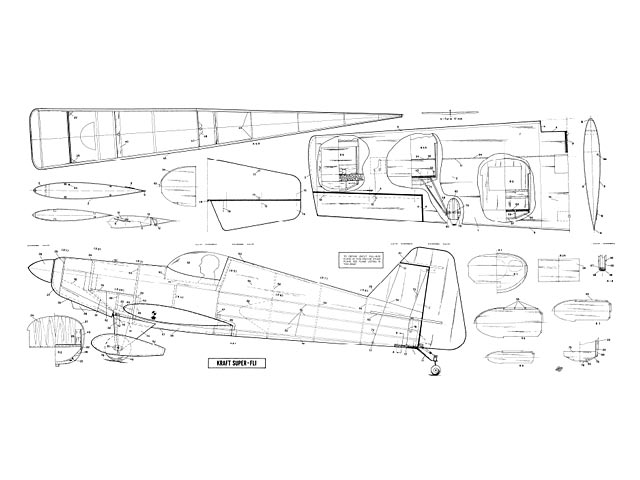 The full size version was designed, built and flown by Phil Kraft in what to most of us would be considered the ultimate event. The plans as presented were drawn by Gerry Nelson and reflect his superior ability which results from countless years of experience with both full size and model airplanes. The model described in this article was designed by Gerry Nelson and built by Jim Simpson.

This version of the famous Kraft Super Fli is intended for a side mounted 40 size engine, a good 40 size engine. The wing span is 55 inches and the fuselage from spinner to rudder is 47 inches. The wing is of foam construction and the fuselage is of lightweight built-up construction. There is ample room for any kind of four channel radio. The generous rudder and elevator surfaces make the model easy to spin and snap maneuvers are quick and predictable. The construction of the model makes it a good prospect for stand-off scale and the excellent acrobatic qualities will assure you of a trophy.

A lot of pictures are available of the full size version and the fact that the Super Fli can be often seen at local California air shows and model events where full size aircraft can land affords the scale buff plenty of opportunity to get his own required scale pictures.

The model was originally published in the German model magazine Flug Model-Technik and the plans as presented here are the originals from that article.

Study the plans carefully and notice the following:

1. The wing plan as presented is for a foam core; however, the tip pattern, and the alternate root rib pattern suggest the alternate 'built up' structure.
2. The aileron bellcrank mount plates are installed at an angle to permit
the short aileron pushrods to be straight. This is necessary to prevent aileron flutter in flight.
3. The main landing gear support structure is a unique combination of balsa and plywood. Do not substitute for either! You will find that as shown it is the lightest and strongest, whereas substituting would, only make it weaker or heavier.
4. The bottom of the fuselage aft of the wing is an open structure and only the covering material encloses it. Remember to be careful when handling.

WING: Foam Core: Make your root and tip rib templates from the outline shown on the plans (omit spar notches on tip rib template). Cut the foam wing blanks to shape (top view) but do not notch for landing gear. Draw centerlines on each end, attach rib templates and cut the airfoil to shape. Cut out the servo well. Assemble and install the aileron linkage as shown on the plans. It is not necessary to trim ends of Pushrod wires for servo or horn at this time.

Do not cut aileron free just yet! Next, sand the cores lightly and cover top and bottom with 1/10-in sheet balsa. Dress off the front of the wing and the tip, then install leading edge and tip block, Sand wing roots to conform to dihedral angle shown on plan..." 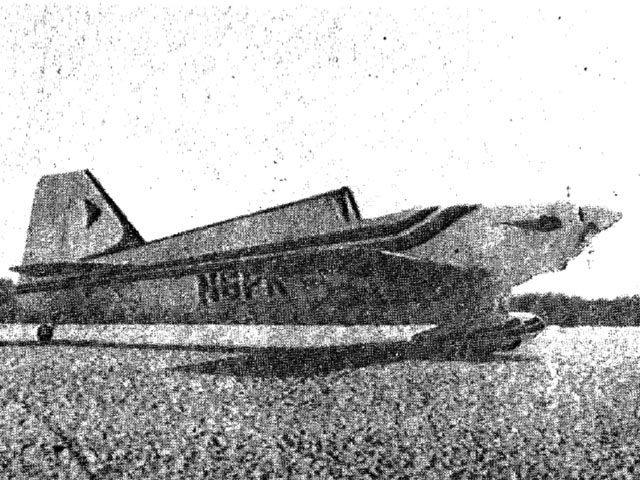