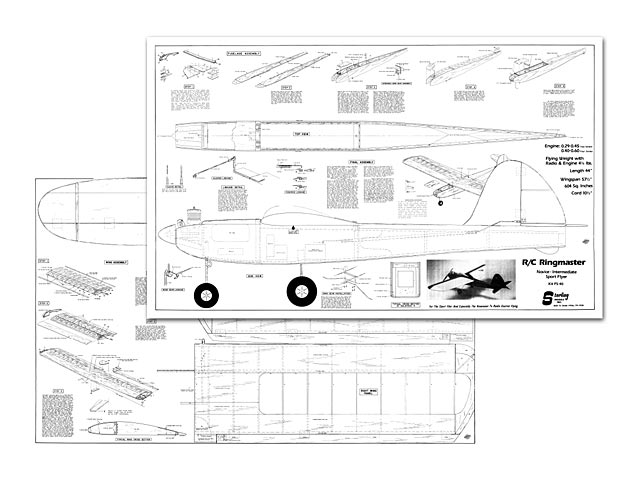 Quote: "Hello, I really wanted to build an RC Ringmaster. A couple of years ago, I was able to purchase a partial ARF RC Ringmaster, but that didn't get me to a flyable model since it only had the wings and tail, with no fuselage details, so I kept looking. I was finally able to purchase a full kit version and built a fuselage for the ARF partial since it is clear that the airplanes were almost identical. Just in case there is somebody else that would like an RC Ringmaster, I had the kit plans scanned. I will send the ARF instruction booklet and some photos in a separate email. I hope that I am not the only person who wants to fly an RC Ringmaster.

The FS-40 kit has a built up wing that is constant cord with tapered strip ailerons.

The boxes and paperwork for both models includes a ZIP Code for Sterling Models, so that dates them 1963 or later. I would love to know the actual date of the design if someone knows it."

Quote: "This is the box top for both the ARF and the kit. It seems to me that the photo used for both versions is the same, so Sterling didn't think that they were different. The wing tips look like the kit, but there are no ribs visible, so it could be the ARFwing, with different tips. The other photo is of my RC Ringmaster that I assembled this year for the Ringmaster Fly-A-Thon [pic 003]. Since there was nothing unique about the box top depicted covering, I chose to cover it in a manner closer to the original CL Ringmaster.
Ray" 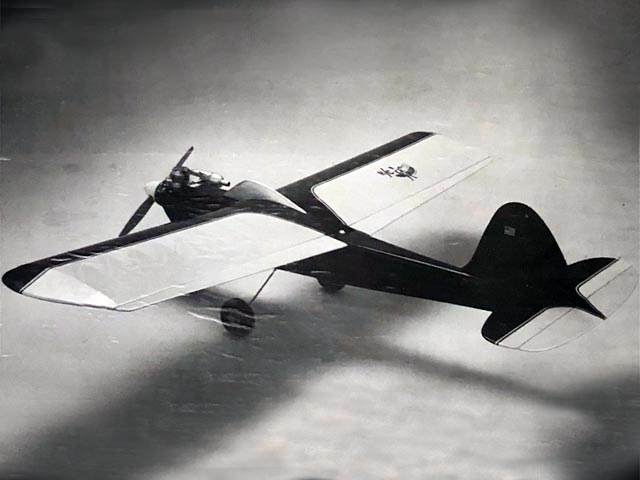 Ray, I built and flew a c/l Ringmaster after I got out of the US Navy back in 1968 and had a great time with her. She died when some young kids pulled a piece of cable up out of the ground and I hit it on a low pass, ripping off the outboard wing. The wife and I were getting ready to move and I gave the plane away.
Would sure like to get a copy of the instructions for the R/C model although I could probably build one by just measuring the plans (instructions would be better).
Bob - 05/11/2020
Bob, the only instructions are printed on the plans. It's an easy build.
Ray - 08/11/2020
I don't know if this will be of any help to anyone but I put together an "RC Ringmaster .doc" of most of the instructions for easy reading, just in case part of these instructions are covered up or "messed up" during construction. I'm not exactly sure how these can be made available to anyone, besides myself?
It was just my idea to have most of the instructions all in/on one document.
Bob
Bob Blubaugh - 09/11/2020
Bob, just email it in to us here, and we'll add it as a supplement file.
SteveWMD - 09/11/2020
Add a comment