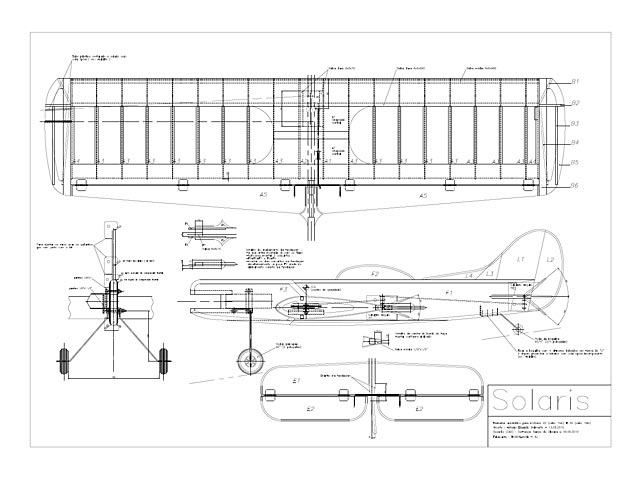 Quote: "Dear Steve and Mary, let me present you a very nice project called 'Solaris', a profile stunt flapped trainer with a wingspan of 40.16 inches and fuse length of 28.25 in.

This plane is targeted around .25 to .35 engines, with a light .40 being a possibilty, but getting the plane in the strong side.

This very nice project was started in 2005 by a very well known and respected Brazillian pilot and modeller, also very respected in the South and Pan American C/L arena, called Eduardo Belmonte. Eduardo was and is a very talented pilot who competed intensely during the '70s in the Brazillian AMA FAST Combat category, in F2B Aerobatics and also in speed events.

His conquests in the hobby sport were many indeed, mainly in the Fast Combat (AMA) Scene where he was known as a fierce and feared competitor. He also was noted for great success in F2B aerobatics and in speed and in the racing scene at the time.

This particular plane is its third version, and was almost released by the Hobbylandia Model Company From Rio de Janeiro as a kit, but sadly the company closed the doors a few months after and before the kit could be released.

The plans presented to you had been prepared by the designer of the Company, and also contains the Hobbylandia's logo on.

The plane had 3 versions in its history and development, with the mark III presented here being the smoothest in the flight department.

This design had a very noble background behind it. At the time Eduardo and his wife Doris [more pics 003, 004] were thinking about a way to help needy youngsters using the hobby. The Solaris was a way and the instrument to materialize this goal. So with this in mind the design was started with the following targets: a robust, easy to fly, strong structured and easy to repair, to withstand hard landings and take offs and the inevitable harsh treatment from beginner pilots. The plane also needed to be a good flyer in windy flying conditions since the flying track was at the sea side and this kind of climate is very common in the city of Vitória in Espirito Santo (ES) State.

The social project was named 'Esperança' (which means HOPE in English) and was conceived to give these needy youngsters the chance to develop new knowledge with all the science of build and flying a controline model airplane, with the hope of getting and giving a chance to these minors to get out of violence, out of addiction and dealing of drugs and alcohol. The project had six minors during the 3 years it lasted. One of them was killed in criminal involvement, one lost his life to a cancer battle and an third became a Doctor. So this noble plane project was a seed to plant a little of hope, love and also good goals for the future [more pics 006].

I hope that your members and readers can appreciate and materialize all the gifts and good energy that have involved this beautiful project.

More pictures on the project can be located here: https://asdavcc.wordpress.com/ If you liked the plans or the plane you can drop Eduardo a line at his email account: edubelmonte@gmail.com He's a very nice guy :-)" 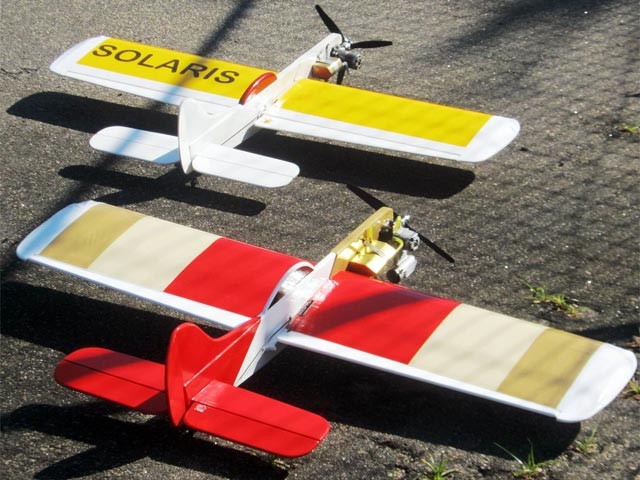