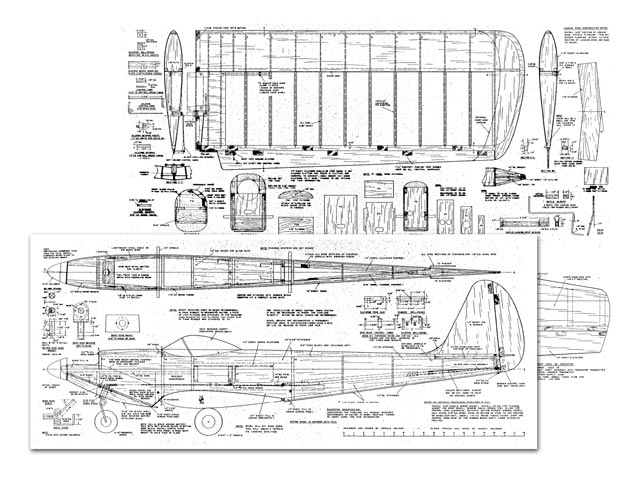 Quote: "The Sultan design is my approach to an attractive, simple-to-build multi channel contest airplane. I am not saying that the Sultan is the absolute ultimate for contest work, but it is a design for your competitors to worry about. The background of the design concept might interest the reader. The Sultan was my first ship with full span ailerons. Correspondence with Hal DeBolt prompted me to try this type.

After drawing up a rough set of plans, Sultan # I was built in one week. This proved out its simple-to-build features. The ship weighed 5-lbs, 6-oz. A Space Control radio system was utilized. The ship flew quite well but it had one serious fault. Directional stability was lacking in consecutive maneuvers such as loops. I overcame this by adding additional fin area. This solved the directional problem but created another. Because of the enlarged fin, it was difficult to accomplish spin maneuvers. I added more rudder and elevator area and the result was a positive spin maneuver.

Sultan #1 also was my first attempt at utilizing a full symmetrical airfoil section. The results were gratifying. Inside and outside loops were consistent in size. As you know, this is not usually the case with a semi-symmetrical airfoil... "

Update 10/01/2017: Have re-scaled this plan to correct fullsize. Still a low resolution plan, though. 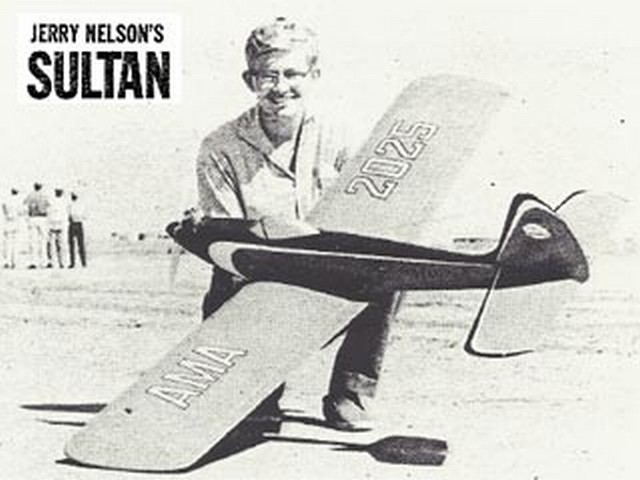