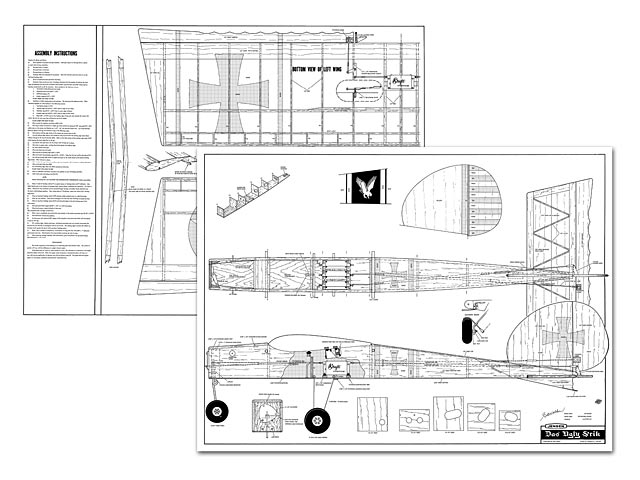 Quote "The original concept of the Ugly Stick was to design a radio controlled aircraft which could be built in an absolute minimum of time. Its purpose was towards a flying test bed for new proportional control ... which could be considered as expendable." The airplane that took 3 evenings to design and finish became one of the most built and flown designs in RC.

Update 27/11/2016: Replaced this plan with a clearer copy, thanks to George Walker, UStik. This is especially nice because George Walker drew up the original plans himself, and he's signed this one.

Quote: "Hello at Outerzone, and thank you so much for your great website! Now I would like to contribute something, but it should be clear that I don't want to adorn myself with borrowed plumes. The offer I can make is more or less on behalf of George A. Walker, who had the idea for Das Ugly Stik as we know it and even posed with his prototype on the Grid Leaks magazine's title page. Ten years ago, I built an Ugly Stik simulator model to revive it 'virtually', wrote a description, and put both in the World Wide Web. When George found it, he saw that I had 'figured him out' as originator and that's why he thinks that I'm the person who could get his stuff and appreciate it. Anyway, he has made high-quality scans of the plans for the Jensen kit, the original plan he drew 50 years ago that is. (He is professional in these things.) And he wants that anyone can download it. You already have a really good scan at Outerzone (#1253), but his one has even better contrast and detail (higher resolution), especially the shadings and instructions ...I would really like to see these files offered at Outerzone. Kindest regards,"

[Note: If you are looking for the supplement drawing by Guy Fuller in PDFvector format titled 'Classic Ugly Stick' which used to be here... it has been moved to oz7108] 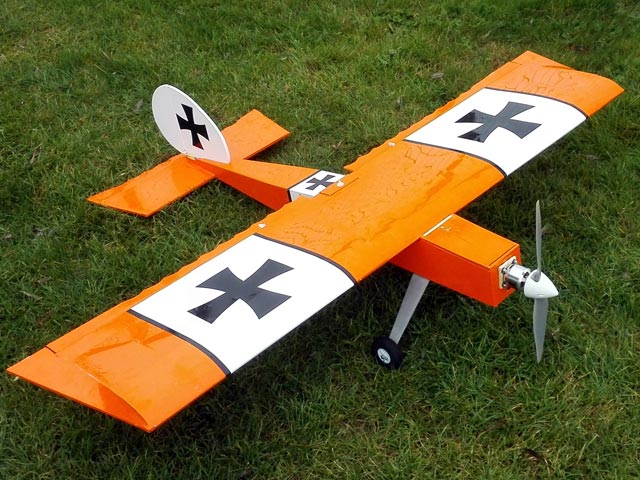