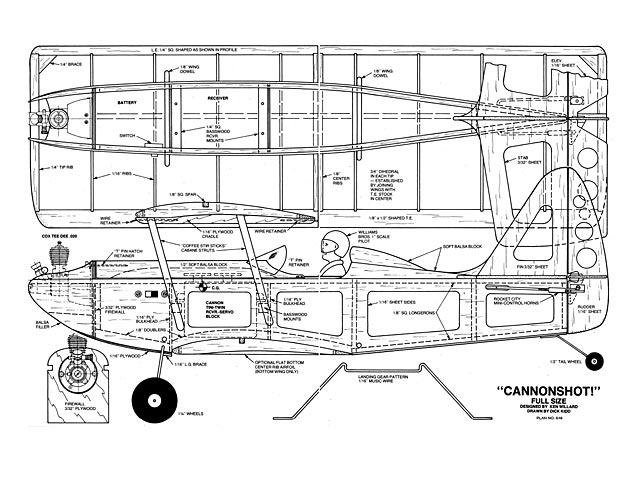 Quote: "So you're a hot pilot, eh? And there's not much left to challenge your skill? And you're tired of ramming your .60 powered bomb through the air? Then try this for a change of pace - a 16in wingspan biplane that's instantly responsive, darts around like a hummingbird, spins and snap rolls faster than you can see it, yet takes off and lands like any good sport job that's a taildragger. Also, if your modeling friends are like mine, as soon as you get it built and fly it, they'll want one - and if any of the wives see it, they'll want one. I don't know why it is, but the women seem to like the little jobs more than the big ones - I guess it's because they're 'cute'.

Quite some time ago I designed a little plane called the Pageboy (oz358). It had an escapement (most of you probably have never seen one) for control, and was somewhat limited in the maneuvers it could perform. But the idea was to design it so full size plans could appear in the magazine. With the advent of the new, miniaturized radios, I thought I'd try a modernized version, using the Cannon Tini-Twin unit for control. The resulting design is called the 'Cannonshot' At first I was going to call it the 'Cannonball' but after weighing it and finding it hit ten ounces ready to fly, I decided it wasn't big enough to call it a cannonball.

Warning! This is not a design for a beginner. In fact, you better be a fairly proficient sport pilot if you want to fly a Cannonshot! But once you have it tamed to your liking, I can guarantee that you'll really please the spectators. The information on the plans is just about all the building instructions most of you will require, but there are a couple of details that probably should be explained..."

Article pages, text and pics, thanks to hlsat, JHatton, Gunars. 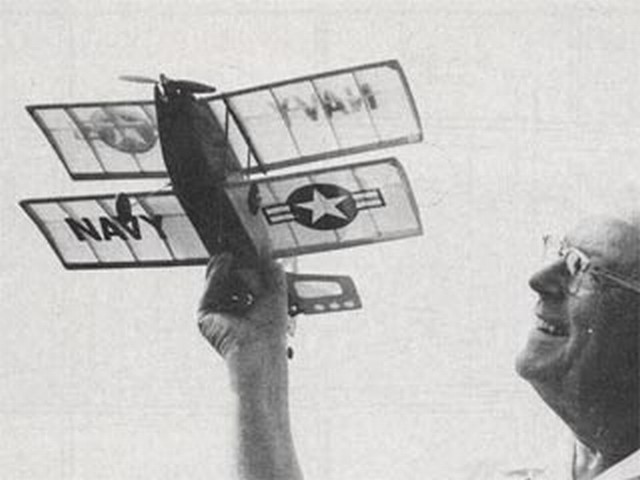