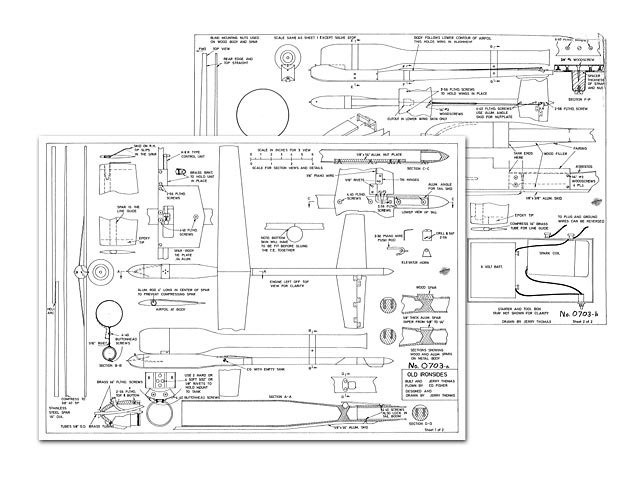 THE most intriguing, yet frustrating, type of model airplane is that flown in Jet Speed. Jet has the greatest unexplored potential; but the difficulty is that its powerplant cannot be put on a block, like a two-cycle engine, to see if a modification will increase its speed. It must be test-flown to study the effect of air flow on the tune of the engine.

Ed Fisher and I, when going team in Jet in 1967, started with great expectations. We succeeded in just burning valve after valve. This was the same basic engine I had used for years, so we felt that neither the plane nor the tank were the cause. To double check, the engine was installed on Rollie Hilesland's and Keith Loutocky's plane, which was running well. The engine con-tinued to burn valves. The flojector, which had been used for 18 years, was replaced, and the ship turned a nice flight of 169 mph. A few weeks later the plane won Jet Speed at the Nationals in California at 174.86 mph.

A first attempt at modifying an engine was to increase the valve lift by turning back the valve stop. This removed .030 to .060 in. from the stock at the outer edge of the valve stop, as shown on the plans. I settled on .040, which I still use, as best for power and reliability. Beyond this, whole leaves are lost during a flight, and valves must be changed quite often. When running a rich metering jet, five or six flights can be had before the edge of the valve starts to chip. This improvement, with Mono-line, put me in the 155 mph bracket.

When the valve stop is turned to get more lift, or opening, from the valve, continue to check with a leaf from an old valve to get as much contact between the valve and valve stop as possible. Those who don't have a lathe can, with some patience, file ten 'flats' to get the extra lift. Mark the .040 in on the edge at one point. File and keep checking until the leaf makes contact as above. Then make a template of this curve and, using a valve to mark the valve stop for leaf position, have at it! Take time to do a good job.

Metering jets is a critical item. To check metering jets with wire drills, I set my standard at a No.60 drill for a No.6 metering jet. This is done as a check to be sure sizes are really going up or down when testing. Metering jets have been known to vary in size for a given number. The Dyna-Jet instructions recommend a No.4, but this varies with the plane and tank. I used either a No.5 or No.6 for years, and then found that this airplane and tank are best with No.11, which is the same size as a No.55 drill. Testing is necessary to determine the right size, since it varies with the tank, CG, etc. Sound is no guide. It's done strictly by clocking the plane. Our plane is usually going faster when it sounds erratic. When it leans out, it slows down.

The flojector does not have the hose connector as on a stock flojector. With practice it is easier to start a jet, since the plane need not be shifted. Note, before cutting off the hose connector, it points between the holes and is in line with them. This is the starting point. By taking the position shown in 'the picture and looking down into the intake, it is easy to judge by the spray of fuel, when the right place is reached. In case of flooding, with flames coming out the tube, simply point the tube on the tire pump at the valves. This will clear it and many times the engine will start. To modify the tire pump, put 1/8-in or 5/32-in brass tubing in the hose, and bend it slightly to come in at the approximate angle of the original con-nector. A medium or small diameter tire pump gives enough volume of air and doesn't tire the person pumping as quickly.

Squatting over a jet model when starting may seem dangerous, but the engine can't blow up because of the open combustion chamber. Flames sometimes come close to the lower extremity of the body, but in 20 years I have yet to be burned or to set any part of my clothing on fire.

When I decided to build a tank around the intake, the result was a tank longer than the intake in order to get the necessary volume of fuel. After much work, this design seemed a lost cause. Then a fellow launching the model made a chance remark that one certain tank seemed to have more thrust on the ground. After some thought, and much searching, I ended up with the end of a salt shaker taped to the inside of the intake to duplicate the length of the tank and flew it on my regular plane. This most unscientific adaptation jumped the speed from 155 mph to 167 mph. A turned intake, similar to those in the picture, evolved and turned 176 mph using the old .024 in. Mono-line. For those without a lathe, that old salt shaker and some epoxy could make a satisfactory substitute. On the tuned intake, good results are ob-tained by using the length (shown on the drawing) of three inches from the valve face to actual intake. The venturi opening and minimum diameter are the same as a stock Dyna-Jet. To try tuning the engine, the overall length could be shortened by .25 in. and a 1.5-in. inside diameter tube attached to the cowl. Many combinations can be tried on a jet. It does takes patience and one change at a time.

Getting the most out of a jet is not complete unless a good seal is created between the head and tube. If the head isn't a good 'rattling fit' in the tube, carefully squeeze the tube until it is round and the head goes in easily with no bind. Then lap the lock ring and tube face on wet-or-dry paper until the surfaces are flat. The threads aren't perfectly true to the faces, so any misalignment will let the ring seat flat on the tube. It may sound like unnecessary work, but a year ago I was lazy when the head wouldn't lock solidly so it could not be turned, and I let it go as good enough. It meant 12 mph between that flight and the next when the head was seated and tight. The Scotch electrical tape that fairs the cowl to the tube is a good check on seal, because a leak will cut the tape like a knife..." 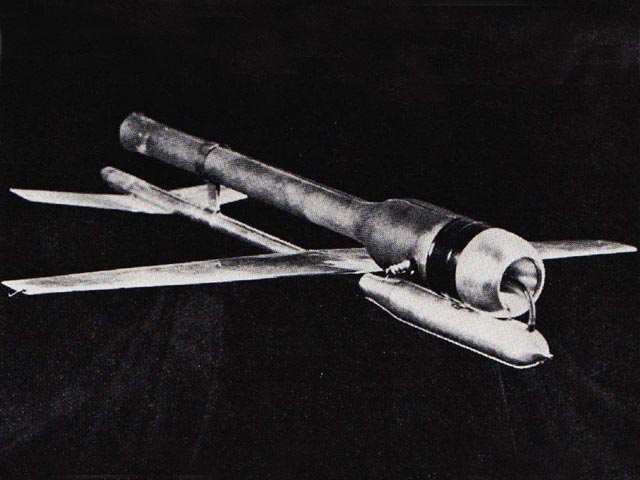