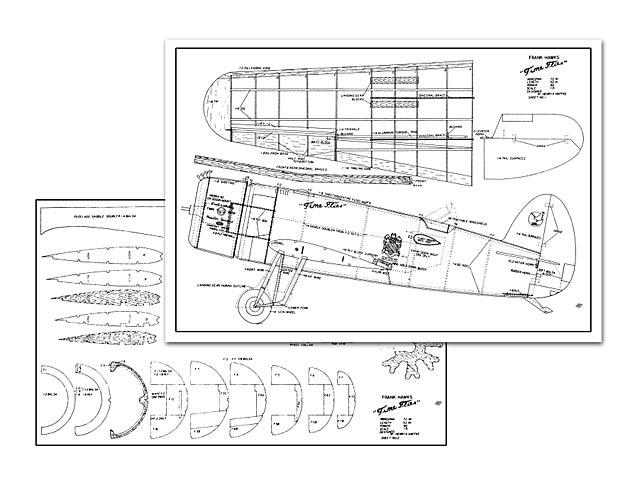 Time Flies is not a difficult model to build but, because of its round shape, I used a different method of fuselage construction than in my previous designs. The entire fuselage is covered with wood, as was the full-size aircraft, so the employed type of construction works out really well.

Start by cutting out all of the fuselage formers from the required materials. You'll need two sets of 1/2-inch formers F-1, F- Is, and F-1 b. Former F-2 is identical in shape to F-1, but is cut from 1/2-inch ply and is made in one piece. The slot for the 1/4-inch saddle doubler is not cut in the F-1 formers as this doubler starts at F-2. When you've cut out all the formers and glued them together to form half formers (except ply F-2 which is cut in one piece), you're ready to start the fuselage structure. Start this by pinning a top and a bottom 1/4-inch-square balsa keel directly on top of the drawings, which have been tacked to a flat building surface. Install all fuselage former halves, except F-2 which will be added later. When dry, remove the assembly from the building board and glue the other halves of the formers to the other side of the 1/4-inch-square keel.

The fuselage structure is now ready for sheeting or planking. I prefer to use the planking method, which consists of using strips of 1/2-inch balsa and gluing these to each other and to each former as work progresses. Start the planking by instal-ling the first strip from front to back (rudder hinge line) along the center of the side of the structure, on each side. Then add strips (planks), alternating sides from this first plank working down to the bottom keel. As the work progresses, it will be necessary to taper some of the strips toward the back of the fuselage. When the planking is completed on the lower half of the fuselage, you can do the top front. When doing the top, plank only from F-1 to F-3 at this point.

Rough-sand the bottom planking to get a relatively smooth surface for the next step. The cutout for the wing must be made before you plank the remainder of the top. Working from the inside of soft balsa block to each side of the lower section of the rudder as shown in the dotted lines on the drawings. This block fairs the rear of the fuselage into the rudder. Note that the bottom section of the fuselage extends back under the rudder.

Lay out the cutout for the stab on the fuselage sides, making sure that the stab is installed square in the fuselage. Line up a straightedge across the wing saddle and align the stab with this straightedge to make sure it is square to the fuselage. When you're satisfied with the alignment of the stab, remove it and glue a re-inforcing strip inside the sides at the bottom of the stab cutout. Don't glue the tail surfaces permanently in place until after the wing is finished and mounted. This will make getting a perfect alignment easier if adjustments are needed after the wing is built.

Like the fuselage, the wing of Time Flies is also completely sheeted, so a slightly different structure is used. The wing is built with a series of 1/4-inch square spars on both the top and the bottom of the wing. These spars are located so as to make the sheeting easy by having the seams come at the spars. The bottom rear spar is located at the flap line should the builder wish to install operating flaps. 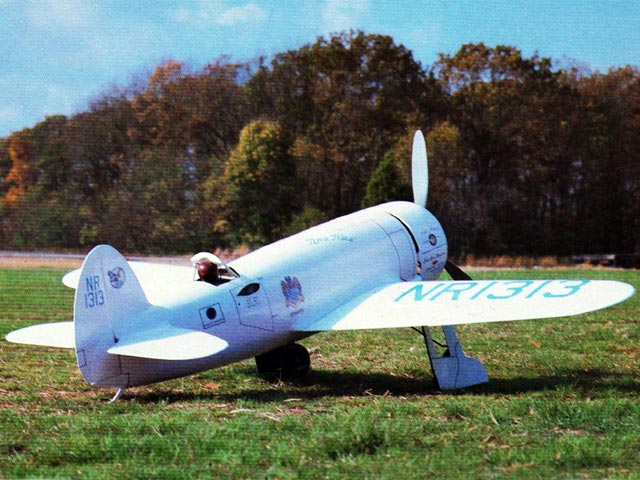