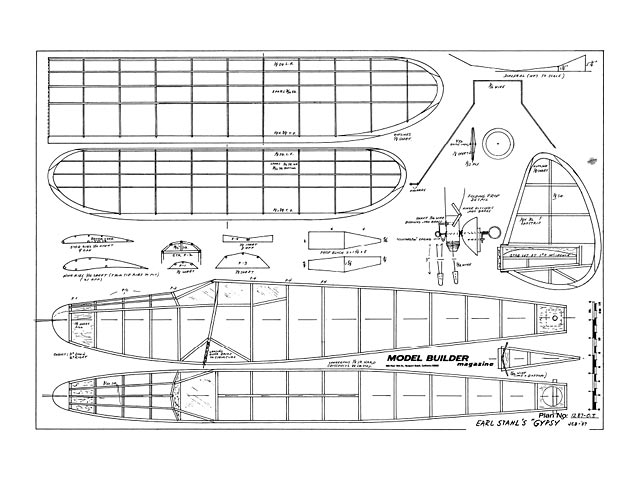 Earl Stahl's Gypsy (oz8554) Wakefield model was published in the September 1942 issue of Flying Aces. However, Earl and the model were on the 1939 Wakefield team, the year when all but one model became relegated to anonymity, that model being Dick Korda's Wakefield Winner (oz5395) which on the first official flight of the contest stayed up for 41 minutes and put an end to the contest almost before it got started.

Under more ordinary conditions, it's difficult to say whose model might have gone down in history as the '39 winner, but if looks counted for anything, Earl's Gypsy, built in the neat, functional, looks-
good/flies-good style of all his models, certainly would have been at the top end of the winner's list. John Blair, Warne, North Carolina, a now-and-then contributor to Model Builder drew the plans and built the model shown. As might be expected, he calls it the most consistent and reliable of the models in his old timer collection.

John says: I have redrawn the plan as originally presented; no diagonals, gussets, or other goodies which we routinely build into our models today. I would recommend to builders that they beef-up the wing renter joint, provide dowels for mounting the wing, and do something about the landing gear attachment, as a minimum!" 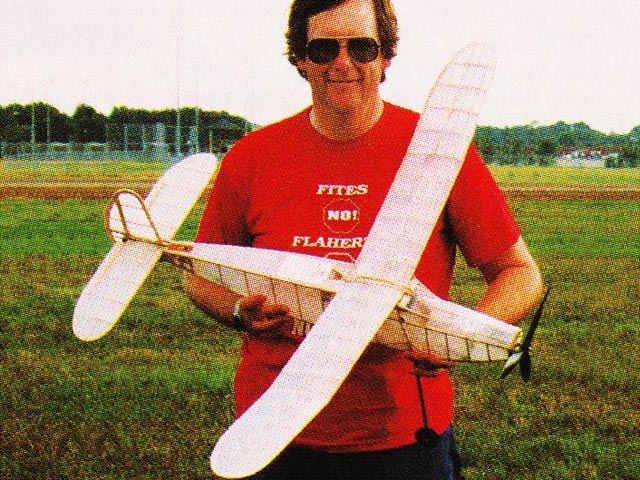