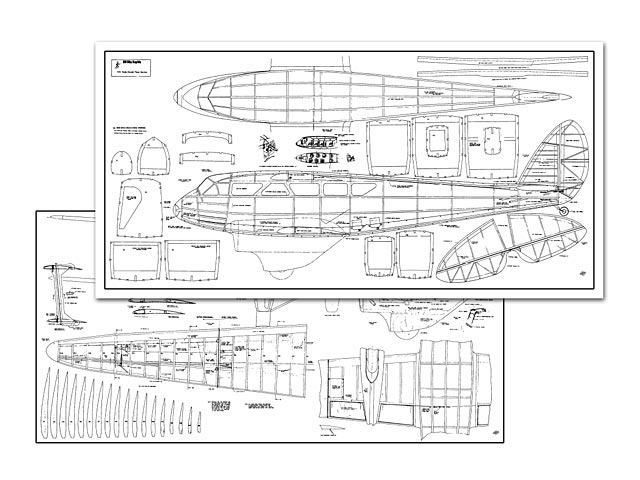 I HAVE ALWAYS WANTED to build the Dragon Rapide - but there were always two things which prevented me. Firstly it is a twin, and the nightmare of what would happen if an engine cut, the other was the advice of others who took one look at those narrow tapering wingtips, sucked their teeth and proceeded to remind me of the horror of the tip-stall. If these problems have troubled you, read on because after many hours of flying, the prototype has never tip stalled and never been unduly troubled by an engine cutting which it has done on a few occasions.

The Rapide was my first twin and I see no reason why it should not be your first twin either - although I would recommend that you get one or two scale aircraft (preferably biplanes) under your belt first. Please don't be tempted to build the Rapide if it is your first ever RC power job!

Fuselage construction: I always start with the fuselage - mainly because it is the part I least like building and its only the initial enthusiasm for the project that keeps me going. I should point out that the plans assume that you are familiar with standard scale construction techniques and that you are able to fabricate three-dimensional objects from two dimensional drawings. This is particularly so around the engine pod, ie not every single 'true-shape' is shown on the plan mainly because wood sizes seem to differ so much these days - some in millimeters - some in inches that tolerances build up and the true shape shown on the plan will no longer fit your airframe. (Note: get the shape right first using thin card before cutting the expensive wood).

Fuselage construction begins by building up the fuselage frames from balsa wood to the shapes shown on the plan. Note the grain direction when putting all the parts together. Use a good PVA glue - one that is flexible. some of the cheaper ones are too brittle for model aircraft - especially when you have two engines going —and do not use cynoacrylate as it may deteriorate with age and joints could come apart.

Whilst the formers are drying, cut the fuselage keel shapes top and bottom from hard 1/4in straight grained balsa.

The front of the nose is sheeted and built up from soft 1/2 in balsa glued between the frames and the stringers, shaped when thoroughly dry using a balsa plane, file and sanding block.

Framing for the cockpit area is constructed using thin 1/32 ply carefully glued to form a 'T' section ready for the acetate screen. Without the acetate the structure is very fragile, so it is important to position the screens as soon as possible. Determine the shape of the acetate using writing paper and then glue in the acetate screens using the type of PVA adhesive which dries clear (endeavour to achieve a nice fillet of glue between the screen and the frame). Modellers Glue works well in this situation. There is little more to be done to the fuselage at this stage and so move onto the flying surfaces.

Fin, Tailplane and Rudder The fin, tailplane and rudder are all straightforward to produce, firstly by cutting the false curved leading edges from 1/16in balsa, adding the leading edges, spars, ribs and finally the trailing edges. Finish by adding the fillets of wood where all the control horns are to be fitted.

Wings: The wings are so sharply tapered that you cannot even use the sandwich method to determine the rib shapes. Fortunately the rib profiles are already drawn on the plan for you. The profiles are the finished shape and so some modification to the basic rib profiles have to be carried out depending on whether the rib is on the upper or lower wing.

The outer portions of the wing are detachable for ease of transport and all four panels are built in exactly the same way, using a basic 'D' nose section. I will not go into great detail here as it is all on the plan, but do note how the ailerons work. The lower ailerons are servo driven via a pushrod and bellcrank, but the upper ailerons are driven by the lower ones, the linking arm being through the wing strut - just like the full-size. 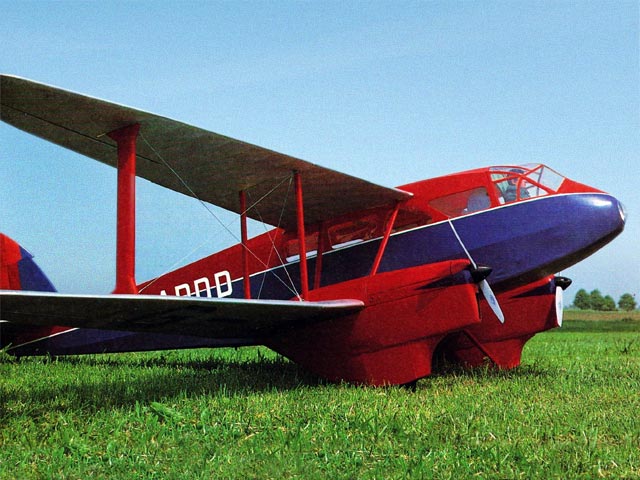 Scan image quality is below usual outerzone standards
fred - 23/06/2020
I think the problem is the scaling factor (96 inch wingspan) and the quality of the magazine print. Anyone out there got the full size version scanned?
SteveWMD - 24/06/2020
Add a comment