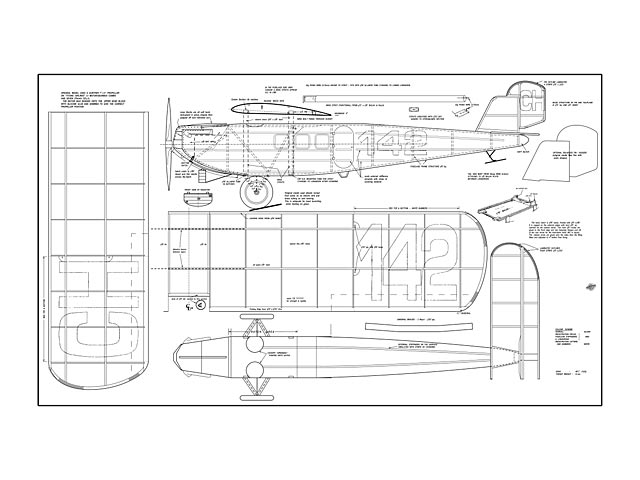 The popularity of 'Almost Ready to Fly' park fliers has meant a healthy boost to hobby shops and I think, to the numbers of new modellers. Whether that will translate to long term modellers has yet to be seen. For those of us who like to design and build, the profusion of these foam things can be seen as a challenge for us to produce our own.

I built an indoor rubber version of this plane 20 years ago and it was a very suc-cessful flyer for 10 years. This very simple airframe can be built lightly and I knew it was going to be good flyer.

The Original: The original Merkur was a development of the earlier Komet commercial passenger and cargo carrier of the mid 1920s. It was one of the first all metal aircraft to see widespread use at a time when most were still wood and fabric. Within 5 months of its first flight, it had established seven world records for dis-tance, speed and endurance. It continued in service until 1935.

The model detailed in the drawings and photos is a Swissair aircraft, the details of which I got from a rubber plan.

Wing: The wing rib pattern is detailed on the side view and is used for all ribs, being trimmed for the centre section. Use your hardest 1/8 (3.2 mm) square for the top spars as balsa is weaker under compression than tension. You may want to put in 1/32 shear webs between the spars but I didn't and haven't folded a wing yet! (The wing spars add quite a bit of strength.)

The wing tips are laminated from strips of 1/32 x 1/8 in (0.8 x 3.2 mm) balsa left to soak for a couple of hours in hot water. These are then bent around a form which has either been waxed to prevent the glue from adhering or covered with clear tape as a release. You will find that if you apply tension to them as you are pulling them around the form, splintering will be minimised. I use aliphatic resin glue (yellow carpenters glue) as this allows the wood to be glued wet. If you want to use CA, the wood needs to be dry. A warm oven will accelerate the drying - warm being 150s F, turned off once the oven is at temperature... " 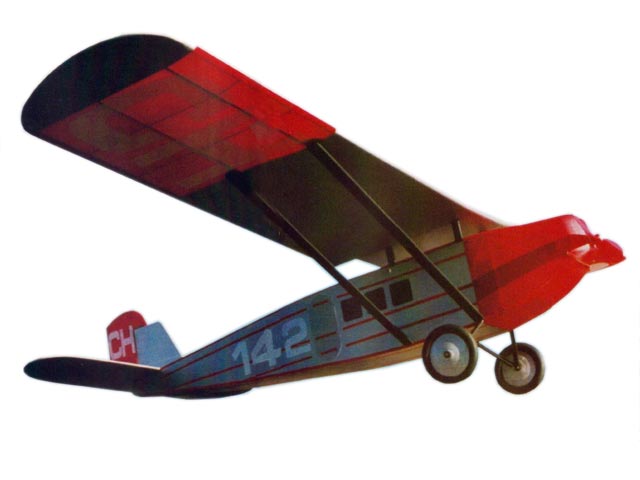