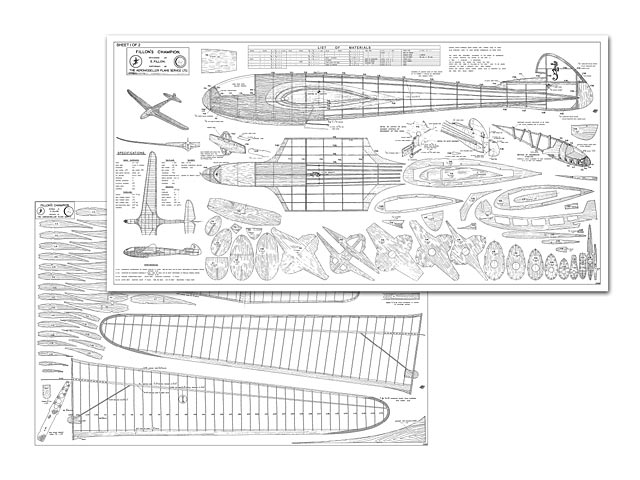 THE model which had swept the board in France and most countries on the Continent met with undiminished success in England, when Emmanuel Fillon, Wakefield winner of 1938, brought his chubby friendliness and immaculate workmanship to International Week at Eaton Bray Model Sportsdrome in August, 1946. Conspicuous amongst the large collection of French models was his mighty sailplane 'Champion' which won the Concours d’Elagance by reason of its faultless construction and finish, and then flew away to win the Sailplane event by a comfortable margin. The delightful flying performance of this model and the letters and comments of the many who watched have led us to offer this superb design to those readers who feel the urge to build a really super model for the coming season.

The epitome of Continental design, the Champion has a span of 9 ft 3 in, yet careful stressing and structural design has given an all-up weight (including ballast) of only 38-1/2 oz. The noticeable attention of aerodynamic design, which has provided such features as elliptical dihedral and a tailplane mounted well forward to prevent blanketing of the fin, has resulted in a model which, while responsive to the most delicate of control adjustments, is yet easy to trim and possesses amazing inherent stability. This is especially noticeable when the model is on the towline, for its behaviour is everything an aeromodeller dreams about. With the single towline and single hook position used no trouble whatsoever is experienced in launching, and the model soars upwards in a phenomenal climb to float off the line at the top with only the gentlest of attentions from the launcher.

Here is a model that is not for the impatient or for the type, but which will delight the connoisseur of flight as few other models have ever done. Even if the model has never been seen in action its imposing list of achievements is convincing proof of its prowess. At Eaton Bray in International Week it won for Fillon the huge silver cup - and title of European Champion, being recovered four miles away after a nine minutes OOS flight, while on the Continent its numerous victorious performances include flights of 36 miles at the Concours de Chaumont and nine miles in the Eliminating Championships of France at Chelles.

The two large sheets of plans (see 1/10th reproduction on opposite page) which comprise the complete set for the construction of the Champion give all necessary building details, and are obtainable as usual from Aeromodeller Plans Service, Allen House, Newarke St Leicester, for 15/6 post free.

No instruction sheet is included as experienced modellers building this model will find the directions on the plan quite sufficient, and as the model is not intended for the less experienced, such a sheet as is usually supplied would only be superfluous. A detailed sectional drawing by Bagley, however, will be found on the following pages, and will prove of considerable assistance."

Note there is an excellent French site with lots of good photos (and some video) of the Champion design at http://lesgpr.free.fr/construire/champ... many thanks to Pit for the link. 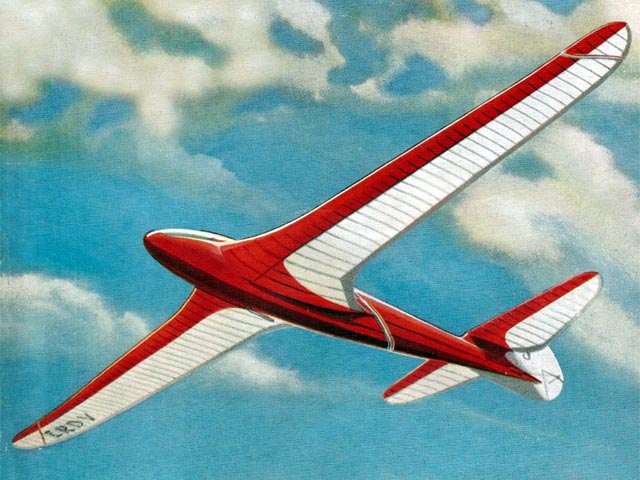